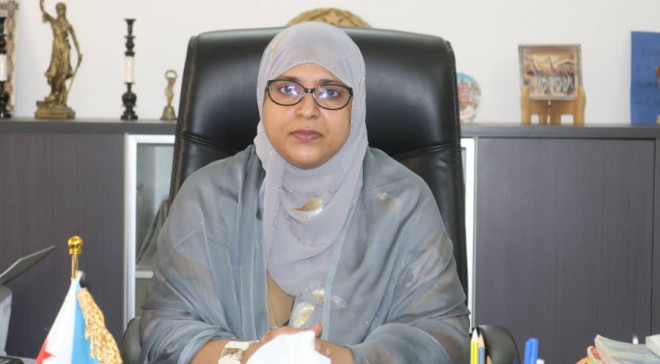 NAIROBI, Kenya - Djibouti has finally waged into the current conflict in the next neighboring Ethiopia, following further clashes near the border, in what could now give the new dimension in the restless Horn of Africa nation, which is facing a host of challenges.

Lamisse Mohamed Said, the Attorney General of Djibouti spoke about the clashes at Afar and Somali regions which neighbor the country to the south and which are critical in the trade between the two nations.

In a statement, Said noted that Djibouti's "extremely serious criminal acts“ resulted in property destruction and three deaths. Several criminals have been arrested, she added, noting that the country won't tolerate the crisis to spill over to the country.

Further, Djibouti officials said they will not allow tribal conflict in Ethiopia to be transported to Djibouti. This followed after clashes between Somali and Afar youths in Djibouti City on Sunday. Interior Affairs Minister Said Nouh Hassan confirmed casualties occurred, urged people to be calm

And the fighting is spreading into the neighboring regions of Amhara and Afar.

This is off the back of Tigrayan forces making significant territorial gains, including capturing the regional capital, Mekelle, in June after Ethiopian troops withdrew and the government declared a unilateral ceasefire.

It is a sign that the Tigray crisis is getting worse, but this is by no means the only fighting happening right now in Ethiopia, BBC said in an extensive analysis, further showcasing the extent of the conflict in the Horn of Africa nation.

Ethiopia is the second-most populous state in Africa with a history of ethnic tensions. In 1994, a new constitution was introduced which created a series of ethnically-based regions meant to address the problem of an over-centralized state.

Until 2018, the governing coalition was dominated by the Tigray Peoples Liberation Front [TPLF], now Tigray Defense Forces [TDF], and was criticized for crushing any dissent.

After Abiy Ahmed - who comes from the largest ethnic group, the Oromo - became prime minister in 2018, he made a series of bold liberalizing moves to end state repression.

But this liberalization was accompanied by a burst in ethnic nationalism, with different groups demanding more power and land.

"You have a plethora of ethnic warfare," says Rashid Abdi, a Nairobi-based expert on security in the Horn of Africa.

Last week, regional authorities said security forces had killed more than 100 fighters from an armed group that is blamed for ethnically fuelled attacks

Also jeopardizing stability is the historic border dispute between Sudan and Ethiopia over fertile agricultural land in an area known as al-Fashaga. It is claimed by both states.

The dispute has led to skirmishes between the two armies, amid the conflict in Tigray. "It has the potential to escalate but it hasn't yet," Mr. Abdi says.