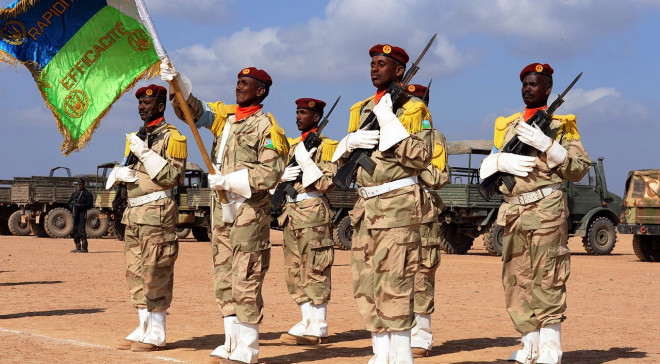 Members of the Djibouti Army during a ceremony in 2009 [Photo: Africom]

NAIROBI, Kenya - A contingent of Djiboutian troops have reportedly moved towards the common border with Ethiopia in the North, Garowe Online has learned, in what is aimed at thwarting a possible threat by Tigray Defense Forces [TDF], which is embroiled in a conflict with authorities in Addis Ababa.

The TDF has been battling with Ethiopian National Defense Forces [ENDF] following the latter's operations in the Tigray region, which left thousands of civilians dead and millions displaced. ENDF was temporarily withdrawn from Tigray but TDF accuses them of blocking supply routes to Tigray.

According to sources, the Djiboutian troops in the company of armored vehicles were sighted moving towards the common border with Ethiopia, something which could escalate the conflict in the Horn of Africa.

In recent weeks, TDF, a separatist group in Ethiopia pushing for secession of Tigray, has been accusing Ethiopia of using foreign military especially from Eritrea and local Amhara regional forces to unleash on innocent Tigrayans. The TDF withdrew from the Ethiopian government once PM Abiy Ahmed took over.

The Djiboutian troops, reports indicate, are keen to boost the defense of key road and rail links with Ethiopia. At least 95 percent of Ethiopia's cargo transits through this corridor from the Port of Djibouti, which serves Addis Ababa for decades now.

Tigrayan forces are now in Afar State and could potentially cut off the transport corridor, sources say. The TDF, failed to honor the ceasefire declared by Prime Minister Abiy Ahmed, arguing that the national army had lost the battle in the Tigray region.

Garowe Online established that TDF has devised a new strategy to cripple Ethiopian administration, just a week after Addis Ababa seemingly abandoned the ceasefire which it had declared, fueling tensions in Ethiopia in the latest development.

In a tough-worded speech last week, Prime Minister Abiy Ahmed accused TPLF otherwise known as Tigray Defense Forces [TDF] of failing to adhere to the principles of the unilateral ceasefire, adding that "we shall now protect our people from terrorists".

But the unbowed TDF had initially given a host of conditions for a ceasefire, calling for unconditional withdrawal of Eritrea troops and Amhara regional forces which it accuses of "committing genocide" in Tigray. The TDF had captured Mekelle, the regional administrative capital of Tigray.

Throughout this period, TDF announced victory over Ethiopia's troops but Addis Ababa maintained the army had withdrawn to allow "humanitarian teams to access Tigray without difficulty". The war between separatists TDF and ENDF has left thousands dead and millions displaced in Tigray.

However, to further curtail the national army, TDF has reportedly devised a new strategy, which will act as reprisal over Ethiopia's alleged intimidation of humanitarian assistance teams moving from south to Tigray. The ENDF is accused of erecting barriers thus making it difficult for humanitarian teams to access Tigray.

In the new strategy, multiple sources confirmed, TDF will now take control of the road and a railway link to Djibouti, thus cutting supplies of goods to Addis Ababa. Ethiopia, being landlocked, entirely depends on the Port of Djibouti for imports and exports.

TDF insists "If Ethiopia wants to choke us, we choke Ethiopia". The Tigray fighters who accuse Abiy Ahmed of seclusionism, are also determined to bring Afar region's rebels on board to strengthen its force which is now regarded as "strong and dangerous".

Should the plan of TDF succeed, Ethiopia might now run short of fuel given the Port of Djibouti will be blocked from the north by Tigray forces. Ethiopia is yet to start using the Port of Berbera in Somaliland, which would have been an option.

Rashid Abdi, a security analyst on the Horn of Africa matters, believes that the TDFwas the main strength of Ethiopia National Defense Forces [ENDF] before it broke away. The ENDF, he argues, is significantly weakened.

"There is no ENDF capable of fighting anymore. The Ethiopian army has collapsed, will take 10 years to rebuild it to fighting shape," he says. "[This] explains why Abiy had to cobble together the army of the wretched drawn from ethnic states to fight in Tigray.What a depressing state of affairs."

Already, TDF in Ethiopia's war-hit Tigray have carried out operations against pro-government troops in neighbouring Afar region, a spokesman said Sunday, opening a new front in the widening eight-month conflict.

The "very limited action" targeted special forces and militia fighters from the Oromia region, Ethiopia's largest, who were massing along the Tigray-Afar border, the rebel spokesman, Getachew Reda, told AFP.

"We took those actions to ensure those forces are sent back to Oromia, and we have managed to do that," Getachew said, adding that there were some casualties but he could not provide figures. The penetration in Afar seems to be one of the strategies to realize the eventual take over of railway and road.

Some reports also indicate TDF intercepted a convoy full of militias from Oromia in Afar. There was barely a fight. Hundreds of Oromo combatants simply surrendered. "Ethnic militias are not fools. They have no interest in waging war on Tigray. It is not their fight," adds Rashid Abdi. 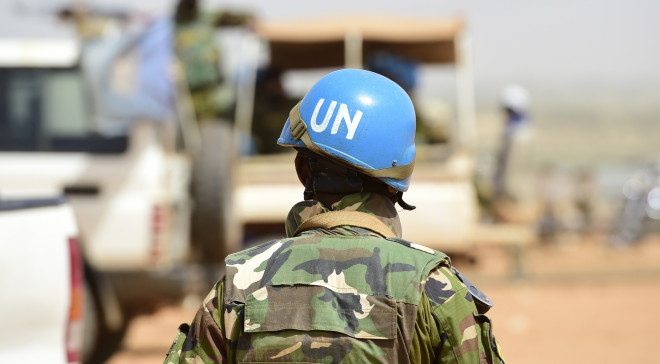 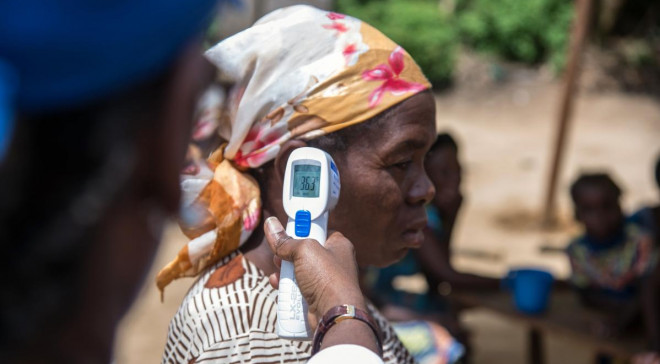 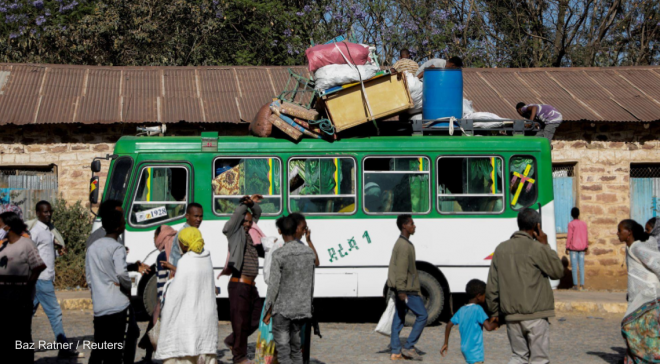