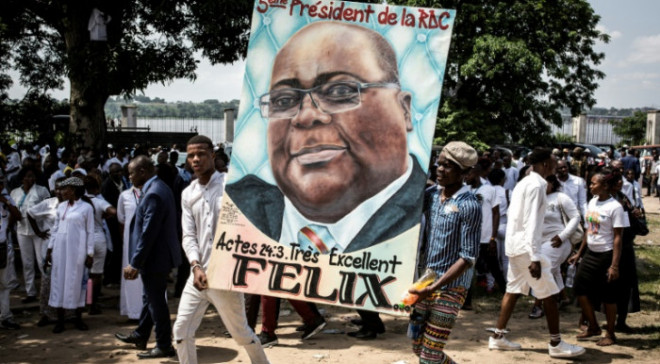 Making the announcement on Saturday at a ceremony in Kinshasa, CENI highlighted numerous challenges among them the logistics of transporting ballot materials thousands of kilometers, health concerns about Ebola and COVID-19, and unrest that has forced hundreds of thousands to flee their homes.

2023 will see incumbent President Felix Tshisekedi seeking re-election for a second term amidst the M23 rebel group war that has resulted in deaths and internal displacement.

Tshisekedi’s administration has pledged to stick to the timetable in the country of 92 million people.

Government’s spoke person Patrick Muyaya. said that “It is not a question of negotiating with the constitutional deadlines, it is a question of us respecting them and consolidating our democracy. The 2023 elections will cost the government about $600m, more than $450m of which has already been budgeted.”

DRC has always witnessed presidential election challenges. The country’s first democratic transition was delayed by two years until it was finally held in December 2018. In that vote, President Felix Tshisekedi took over from his longstanding predecessor Joseph Kabila.

President Tshisekedi will be facing his main competitor Martin Fayulu who cried foul over malpractices in the last 2018 presidential elections.
In DRC -presidents are limited to two terms under Congolese constitutional law.

The country is home to more than 120 armed groups including the M23 rebels who operate across the eastern part of DRC.

The M23 group has staged a sweeping offensive this year, seizing territory and forcing thousands of people from their homes.

In the DRC, the presidential poll is held at the same time as parliamentary, provincial, and local elections. The president-elect would then take office in January 2024.