Ethiopia denies use of chemical weapons in Tigray war 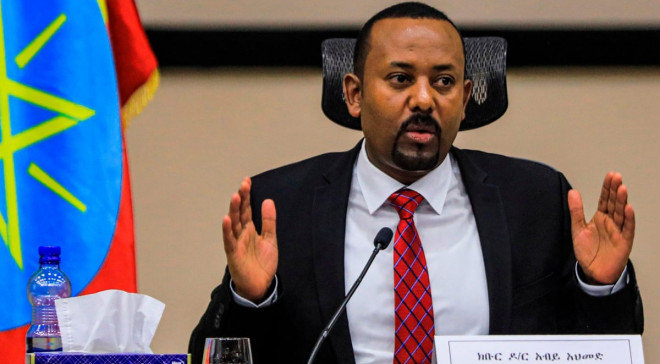 ADDIS ABABA - The federal government of Ethiopia has denied reports that the Ethiopian National Defense Forces [ENDF] used chemical weapons in the Tigray region, where the national army has been leading operations against Tigray People's Liberation Front [TPLF].

A report published by the Telegraph through Will Brown, the East Africa Correspondent, indicated that the army has been reigning terror on civilians by using weapons of mass destruction, some of which are banned by the United Nations.

Some exclusive images of women and children burnt with what looked like phosphorus were published by the leading newspapers, in what shows a glimpse of mass violation of human rights in Tigray, a region that harbors separatists in Ethiopia.

But in a statement, the Ministry of Foreign Affairs accused the Telegraph of leading "smear campaigns", arguing that the country has never used such weapons within and outside Ethiopia, adding that Addis Ababa respects international treaties.

"The ministry wishes to categorically reject the allegations. Ethiopia has not employed and will never use banned munitions because it takes its international obligations very seriously. Ethiopia also strongly condemns the use of chemical weapons elsewhere," read the statement.

"The ministry has already forewarned the international community about the publication of such malicious and irresponsible report which is some at fuelling further tensions," the ministry said, adding that the report lacks proof.

On Sunday, Secretary of State Antony Blinken issued travel restrictions to unnamed persons in the Eritrean conflict and urged other countries to follow suit. The Ethiopian government under Abiy Ahmed is increasingly under pressure to respect human rights in the country.