Ethiopia rules out negotiations with TDF as Tigray conflict escalates 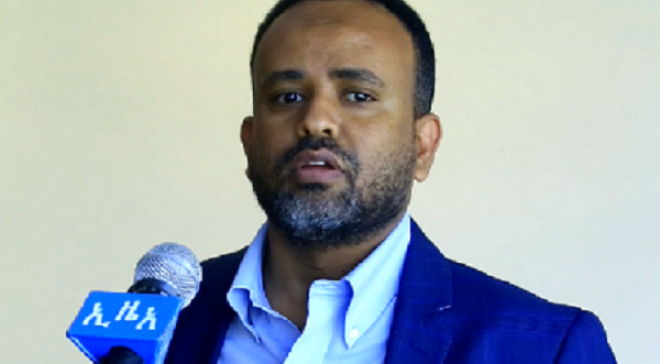 FILE: The minister for Democracy Zadig Abraha ruled out talks with the TDF leaders in Tigray

NAIROBI, Kenya - The federal government of Ethiopia has ruled out talks with Tigray Defense Forces [TDF], in the latest twist of events in the Horn of Africa nation, amid pressure from the international community for the restoration of peace.

Ethiopia has been pushing to tame TDF, which it refers to as a "terrorist group" following a fallout that saw Prime Minister Abiy Ahmed break ranks with Tigray People's Liberation Front [TPLF] party, which has been ruling Tigray for decades.

The minister for Democracy Zadig Abraha ruled out talks with the TDF leaders in Tigray, where thousands have been killed, millions forced to flee since war broke out in November last year, when the federal army raided in pursuit of TDF operatives.

His statement comes weeks after PM Abiy Ahmed seemingly lifted the ceasefire, arguing that TDF had failed to respect the government's position. The TDF has been seizing a number of towns that initially fell to ENDF and the Eritrea troops.

The ruling out of peace talks means the region will struggle for a little longer as thousands of the residents continue fleeing to neighboring Sudan. Authorities in Sudan have also reported deaths along the common border with Ethiopia.

This week, USAID chief administrator Samantha Power, who is set to visit Ethiopia and Sudan, insisted that all parties must end hostilities to pave way for formidable humanitarian assistance to the region.

"If aid is to reach people in need in Tigray, then all parties must end hostilities. There is no military solution to this conflict, she said adding that the US is calling on the TDF to withdraw its forces immediately from the Amhara and Afar regions.

"All parties should accelerate unhindered delivery of humanitarian assistance to those affected by the conflict, and the commercial blockade of Tigray must end," Samantha Power said ahead of her visit to the Horn of Africa.

Already, Ethiopia's National Disaster Risk Management Commission [NDRMC] has rejected a push by western countries and their institutions for the opening of a new aid corridor via western Tigray.

The move for the opening of a new corridor under the pretext of delivering aid to Tigray is unacceptable, said Mitku Kassa, Commissioner of the National Disaster Risk Management Commission.

The federal government, in close collaboration with the Afar regional state, has been delivering aid to the people of Tigray, the Commissioner said.

Aid delivery has been affected as 170 trucks bound for Tigray with food blocked by the terrorist TPLF, which is currently also carrying out attacks on the Amhara and Afar regional states, rejecting the federal government’s unilateral ceasefire decision, he said.

Some western countries and their institutions have requested for the opening of aid corridor to Tigray via Sudan, which is unacceptable, the Commissioner stated.