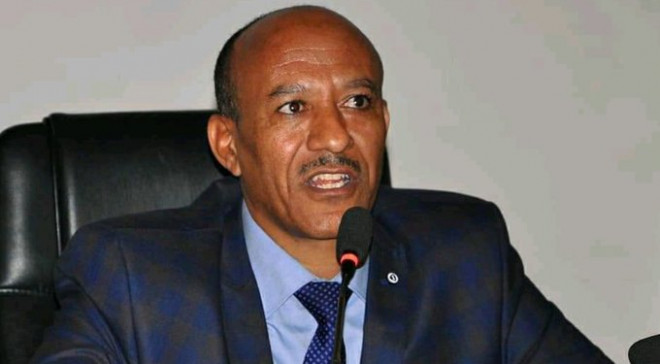 NAIROBI, Kenya - The Director of Ethiopia's National Intelligence and Security Service [NISS] Temesgen Tiruneh has vowed to crush the Tigray Defense Forces [TDF], which has continued to close into Amhara and Afar territories, further complicating the Tigray war.

The intelligence chief has also ramped up a searing criticism of foreign countries which he blamed were rescuing the TDF. He, however, did not mention the countries he's suspecting of helping the rebels from Tigray.

In a Facebook statement, Temesgen, who was the former president of Amhara state, accused the TDF as a party that committed a cascade of “unlawful acts” starting from walking out of the incumbent’s Prosperity Party [PP] to relying on coalescing federalist forces to challenge the federal government, and overstepping its mandates.

“Even after the unilateral ceasefire was announced” by the federal government, the TDF crossed the line with its invasion of the Amhara and Afar regions and is “committing atrocities against innocents.”

He promised to take all the necessary measures to protect the security of the country. Ethiopia has struggled to contain TDF, which has since garnered momentum in the ongoing conflict within northern Ethiopia.

“It is proven that conspiring to destroy a generation unless the TDF is in power is not going to work,” he said, adding that it is “also proven that such junta mentality is not limited only to a few thugs, swindlers, liars, murderers vagabonds, and terrorist pensioners.”

He also accused foreign nations of triggering the conflict. Temesgen said that “ironically those claiming to be the world’s police, the so-called educators of democracy, the ones who claim to have stood up against unjust world order” failed to condemn TDF and its deeds “from conspiring to dismantle our country to its blatant acts of atrocities against innocents, looting, and invasions it is committing.

“Let alone condemning, these countries are helping the TDF including feeding it, providing medicine, communication equipment and providing arms,” he said, adding that “as if that was not enough, it’s heart aching to see them engaged in criticizing, agitating and threatening the government.”

“But the one thing we say to them is that wherever they are, the junta and its allies will get what they deserve. Everyone must remember that Ethiopians would rather die than negotiate with their freedom.”

“Even salt gets bitter if it’s too much. If these [actors] think they can continue to sustain sucking our blood like bugs, they are mistaken. We also know every conspiracy they are plotting with our defective bandas. They are acting like the plaintiff, the judge, the investigator, and the mediator. Justice …is buried. But the one thing we say to them is that wherever they are, the junta and its allies will get what they deserve. Everyone must remember that Ethiopians would rather die than negotiate with their freedom," he noted.

His comments come amid a widening rift between the Ethiopian government, which is accusing western countries of meddling in its internal affairs and supporting the Tigrayn forces in the ongoing civil war.

Recently, Prime Minister Abiy Ahmed visited Eritrea and Turkey where he's believed to have requested military assistance. Sources say he might have asked Eritrea to redeploy troops to Tigray besides asking Turkey to assist Ethiopia with military equipment that would help in the fight.