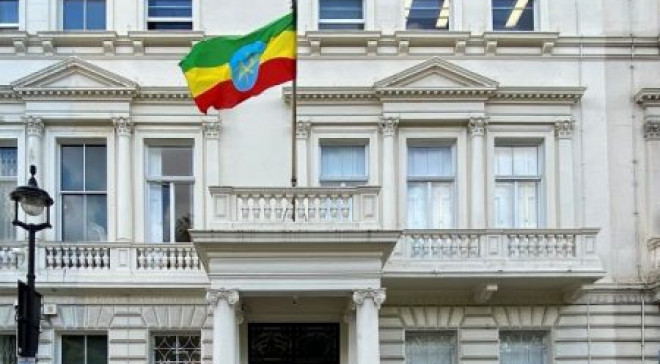 ADDIS ABABA- Ethiopia Prime Minister Abiy Ahmed says the country will close over half of her embassies and consulates worldwide, adding that the move is geared towards "saving costs" amid the financial downturn in the Horn of Africa nation.

During his briefing in parliament, Monday, Ahmed, who took over in 2018, said diplomatic offices in several countries would be closed to allow many envoys to work as non-resident ambassadors.

“Ethiopia shouldn’t have 60 or so embassies and consulates in the present moment. Instead of throwing US dollars everywhere … at least 30 of the embassies should be closed. The ambassadors should instead be here,” he said.

In his assessment, some diplomatic offices could be based in Addis Ababa, adding that envoys should make field trips occasionally besides following events in media from outside.

"The Ethiopian ambassador in Kenya probably meets the foreign minister once a year or in two years," he said, adding that there is a need for tough reforms in the Ministry of Foreign Affairs. "With the current situation Ethiopia is in, the country doesn't need to have as many as 60 or so embassies and consulates," he said.

Within the country, he added, government ministers will be required to drive themselves as part of cost-saving. He insisted his drastic actions have something to do with economic reforms in the country.

“What we want is a person who gets wet in the mud and runs while reforming the country,” he said.

His statement comes barely a week after he insisted withdrawal of the Ethiopian National Defense Forces [ENDF] from the Tigray region was pure because of "dwindling financial fortunes." According to him, the war had cost taxpayers 2.2 million dollars.

However, the Tigray People's Liberation Front [TPLF] claimed the military withdrew after suffering "serious" losses on the battlefield, leading to the ceasefire. The TPLF, otherwise known as Tigray Defense Forces [TDF], paraded hundreds of ENDF soldiers who are now captives of the war.

The TDF released a statement accompanied by a litany of conditions that Addis Ababa ought to abide by for a ceasefire to be effected. Among others, they demanded the unconditional withdrawal of Eritrea troops from sections of Tigray.

But Abiy said the withdrawal of the country's defense forces from Tigray was the right decision. He explained that among the reasons for the government's decision were economic and Covid-19 pressures.

"We have national projects to complete," he told MPs at Monday's session, at which the House approved a draft budget of 561.7 billion birr [$12.83 billion] for the next fiscal year.

Although diplomatic establishments are expensive, it is not clear how much money Ethiopia intends to save by closing embassies. Whether the closure of as many as 30 Ethiopian embassies significantly impacts Ethiopia's age-old diplomatic relations with countries, including Kenya.

While some other analysts claim the decision was because Abiy Ahmed has not supported various embassies, some other pundits believe that it was a strategy to contain "foreign sponsorship" to TDF, which could be having "many sympathizers" worldwide.