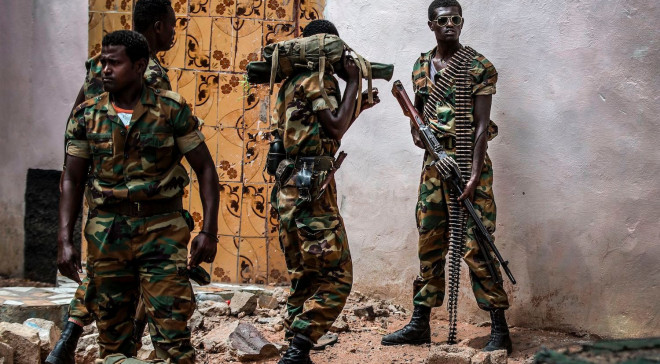 NAIROBI, Kenya - A top Tigray Defense Forces [TDF] official claims the federal troops launched an offensive against Tigrayan forces on August 5, leading to a fierce exchange of gunfire in the border town of Galicoma, in an incident that may have left dozens of people dead.

Getachew Rada, the spokesperson of the embattled Tigray government which has been a loggerhead with authorities in Addis Ababa, said Ethiopia National Defense Forces [ENDF] waged an attack against TDF in Galicoma, adding that they also burnt down a warehouse full of supplies.

Rada, who previously served as information minister, was refuting claims by UNICEF which seemingly implicated the Tigrayan troops of atrocities in the town which is more of in the Afar region. TDF troops have been closing into other states, a move that may have angered Addis Ababa.

According to him, the TDF troops responded to the attacks, forcing the ENDF team to retreat, and have since returned to their respective camps within the Tigray region. He said Tigray authorities will work with relevant agencies to investigate the incident.

"While our forces did thwart the offensive and returned to their camps since it is not entirely implausible to suspect that Abiy Ahmed would stop at nothing to implicate our forces including putting children in danger," he said

"TheGovernmentofTigray will work with relevant bodies to investigate any incident that may have occurred including the deliberate targeting of food and medical supplies by Abiy Ahmed’s forces."

There was no immediate response from the federal government over the assault at Galicoma, but the Ethiopian troops have been plotting to push the Tigray forces further. ENDF had withdrawn from Tigray following months of operation which started in November 2020.

Henrietta Fore, the UNICEF Executive Director, said her office had received extremely disappointing news of deaths of close to 200 people in the town, adding that almost half of the casualties were children from families sheltering in a health center and a school in the Afar region.

"Crucial food supplies were also reportedly destroyed in an area that is already seeing emergency levels of malnutrition and food insecurity," read the statement from UNICEF. “The intensification of fighting in Afar and other areas neighboring Tigray is disastrous for children. It follows months of armed conflict across Tigray that have placed some 400,000 people, including at least 160,000 children, in famine-like conditions."

"Four million people are in crisis or emergency levels of food insecurity in Tigray and adjoining regions of Afar and Amhara. More than 100,000 have been newly displaced by the recent fighting, adding to the 2 million people already uprooted from their homes," it further noted.

Ethiopian authorities have been at loggerheads with the TDF following the latter's move to attack the Northern Command. Since then, hostilities have been witnessed, with a recharged TDF now seizing several parts of northern Ethiopia, including territories in the Afar region.

"The statement by UNICEF is quite alarming. It is to be recalled that Abiy Ahmed’s forces had launched an offensive on August 5 against our forces in Galicoma. The retreating forces burnt down a government warehouse full of supplies for the needy," he said in a tweet.