Ethiopian PM Abiy Ahmed: We made sacrifice for Tigray people 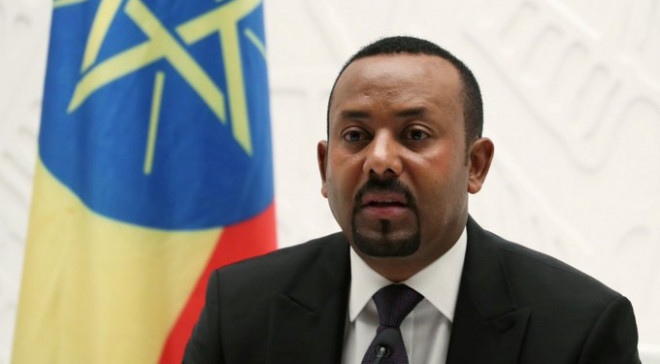 ADDIS ABABA - Ethiopia's Prime Minister Abiy Ahmed has defended the role of his troops in the Tigray region, arguing that the soldiers made "sacrifices" for the sake of the people, who had been "mobilized" by a group of "criminals" elements.

In his Monday's address to Parliament on Monday, the PM laid blame on the Tigray People's Liberation Front [TPLF] fighters otherwise known as Tigray Defense Forces [TDF], adding that they were responsible for the skirmishes in the region.

According to him, TPLF mobilized irregular forces siphoning national institutions and resources besides mobilizing paid elements across the country given the mission to destabilize and multiply instability.

Further, he noted, the TPLF mobilized the people of Tigray for war despite the numerous livelihood challenges of the people besides attacking the Northern Command of the ENDF. These threats, he said, pulled the Federal Government into a conflict it was forced to engage in.

"Sacrifices being made in the Tigray region to restore services and repair basic infrastructure have cost us the lives of personnel in the line of duty as the criminal clique attacked these individuals," Ahmed said amid criticism on the role played by ENDF and Eritrea troops in Tigray region.

Federal troops are accused of unleashing violence on innocent civilians in the Tigray region, which saw thousands of people die. The federal troops have since withdrawn from the region after Ahmed declared a ceasefire, but TDF insists that it defeated them.

But despite the negative image displayed about Tigray, Abiy Ahmed said the government has made major gains, among them, taking back weaponry seized illegally from the Northern Command, decreasing the effects of the attempts to divide the Ethiopian society and apprehending key leadership of the "criminal clique".

"In my view, those interested in seeing the conclusion of the conflict in the Tigray region are very few. It seems there are interests that seek to see the weakening of the Ethiopian state through a protracted conflict," he said during the questions session.

On Sunday, TDF said they required "ironclad guarantees that the security of our people will not be compromised by the second round of invasions, we accept a ceasefire in principle", a statement signed by the "government of Tigray" said on Sunday.

"Nevertheless, before a ceasefire agreement is formalized, the following thorny problems must be resolved," the text continues, before listing the conditions.

TDF statement called for the resumption of the activities of "the government democratically elected in Tigray with all its powers and constitutional responsibilities".

The United Nations and numerous governments have called for a ceasefire to be respected, especially to allow humanitarian aid to reach civilian populations.

The rebel authorities are also calling for "procedures to hold (Ethiopian Prime Minister) Abiy Ahmed and (President) Isaias Aferworki accountable in direct proportion to the severity and magnitude of the damage they have inflicted on Tigray", as well as the creation by the UN of an independent investigation body to probe the "horrific crimes" carried out during the conflict.

Other conditions are humanitarian, including the distribution of aid and the safe return to Tigray of displaced people. Electricity and communications have been cut in Tigray, flights suspended and two bridges crucial for aid deliveries have been destroyed.

Ethiopia has rejected charges that it plans to choke off aid to Tigray after the rebels took control of the northern region this week -- a stunning turnabout in the eight-month-old conflict.

The federal government did not respond to an AFP request for a response but it has always refused to open any dialogue with TPLF leaders, classifying the group as a terrorist organization by parliamentary decree.

In a closed-door meeting with diplomats on Friday, Ethiopian leaders said the government was prepared to hold an "inclusive dialogue to resolve the crisis in Tigray" while repeating that it will not deal with the TPLF leaders.