Getachew: We are not leaving Afar and Amhara, we don't recognize Abiy Ahmed 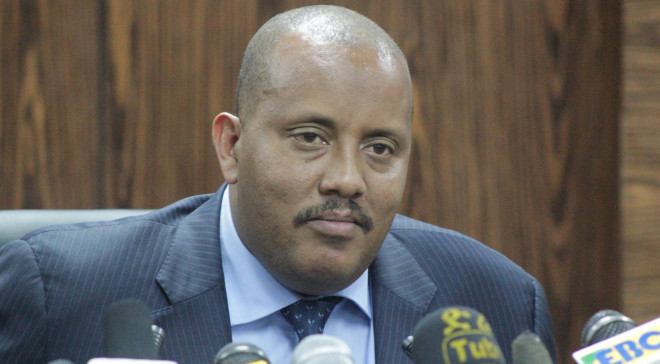 TDF spokesperson Getachew Reda tells BBC Hardtalk that they will not withdraw from Amhara [Photo: Online]

NAIROBI, Kenya - The Tigray conflict in Ethiopia could last for a little bit longer than expected, following the most recent declaration by one of high ranking official, what maintained that Prime Minister Abiy Ahmed lacks legitimacy to govern the Horn of Africa nation.

For the last eight months, Ethiopia has been struggling to contain perhaps one of the worst conflicts, which has left thousands of people dead and others displaced. The Ethiopia National Defense Forces [ENDF] has been at loggerheads with the Tigray Defense Forces [TDF].

In an interview with the BBC's Hardtalk, Getachew Rada, the TDF spokesperson, dismissed claims that the group is a rebel movement. According to him, the TDF political wing was legitimately elected contrary to media reports terming them "tribal militia".

"We are not rebels, we are just trying the liberate our people from unimaginable suffering. We were legitimately elected. Abiy Ahmed and his partners in crime; the Amhara regional forces and Eritreans were keen to abuse our rights. We stood up against them," he noted.

The TDF, he noted, will continue with an offensive in northern Ethiopia, arguing that most territories especially Western regions are yet to be liberated. For ceasefire to be sustained, he noted, the Addis Ababa administration must open the region by allowing critical services.

"We haven't liberated most parts of Tigray. The western zone is still under the Amhara expansionists. We must secure our people. We shall ensure Abiy and his forces do not come back again," he said.

"We will agree to a negotiated ceasefire if they become honest. They have to switch on electricity, banking services, and communication. We are not prepared to leave Amhara and Afar territories. We don't have any security arrangements so far."

His sentiments come days after Abiy Ahmed asked ordinary Ethiopians to take weapons against the TDF, terming them "organized terrorists with no mandate". He accused the group of a divisive campaign to disintegrate Ethiopia.

But in what could further derail unity talks between the two parties, TDF maintains that it doesn't recognize Abiy Ahmed. Further, the team vowed to remain in Afar and Amhara regions, which it has made further advances.

"Abiy Ahmed is not our leader. We didn't take part in the elections. Abiy Ahmed is keen to infringe our rights. We don't recognize him, he's not a legitimate leader. Abiy has made us suffer big time. Our people have a right to self-determination," he argued.

'Abiy committed genocide to the people of Tigray. They raped, abducted, and killed millions. The conflict is being intensified by Abiy Ahmed. He's bombarding our people. We can only negotiate with him if he stops antagonism."

TDF has been closing into Afar and Amhara regions, where it's aiming to block the federal government from accessing Djibouti. The team further accuses Addis Ababa of committing genocide in Tigray.

Also, Getachew Rada dismissed allegations that the TDF has been recruiting child soldiers. He said the information is "skewed and crooked" adding that the photos displayed by Addis Ababa were "fake".