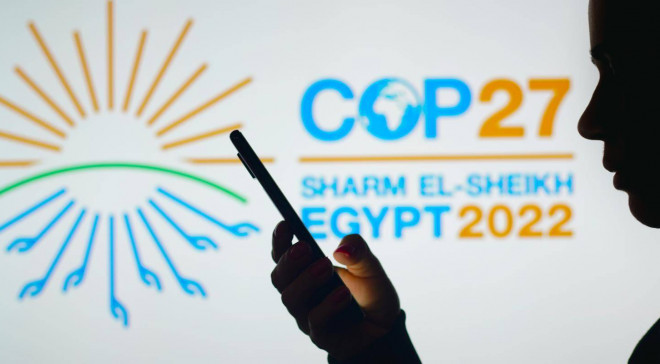 The African continent requires $100 billion annually to combat Climate Change that has continue to create havoc in the continent.

NAIROBI, Kenya - African states are now demanding that developed countries honour the pledges made during the Paris Climate Acord forum which stipulated that developed states will ensure that there is a reduction of global temperature rise to no more than 1.5°C.

In a recent UN General Assembly Plenary meeting held on Wednesday at New York in preparation of the 27th Conference of the Parties approaches, developed countries are being reminded that they must deliver on their commitments on climate change.

Kaouthar Chelbi-Tunisia delegate at the plenary session reaffirmed her country’s commitment to achieving the Sustainable Development Goals, recalling its development plan for 2023-2025. Pointing out that difficulties which the developing countries face today are the results of the international financial structure with limited chances of solving their debt issues.

She emphasized the importance of strengthening financial support to developing States, particularly the least developed in Africa.

“Developed countries should alleviate the burden of these countries and provide liquidity, as well as reschedule debts and transfer them into investment programmes. It’s time we move from promises to implementations and developed states must provide African continent the finance for adaptation and enhancing their abilities to use digital technologies. While Africa is vulnerable to climate crises related to water, soil and the rise in sea levels. Since 2021 the continent only received 3 per cent of green finance available from the first world.”

The African continent requires $100 billion annually to combat Climate Change that has continue to create havoc in the continent. India’s representative stressed that financial responsibility, transparency and viability must be at the forefront when looking at financing options, including financing of infrastructure projects, to avoid imposing further unsustainable debt burdens on already vulnerable communities.

“Developed nations must vacate the use of carbon by 2050 to pave way for developing states especially in Africa and Asia to realize the much needed growth, the developed States should commit to “net-minus” rather than “net-zero. “India’s representative said.

George Orina, Kenya’s delegate underscored that the grave impact of severe drought in the Horn of Africa region has forced his country to shift its priorities towards drought and famine relief.

“There  should  be investment in digital capacities and human development, as well as official development assistance (ODA). We urge the  international efforts to focus on  substantial financial support for those countries which have limited resources for climate change adaptation and mitigation.I also call for an effective and fair financial system, as well as strengthening the international financial architecture in support of investments in sustainable development.”comments Milambo.

Zambian sentiments were echoed by  Tanzanian Representative Suleiman Haji Suleiman   who pointed out that the world should learn from  the coronavirus pandemic and put measures to counter such future pandemic.

“The world needs to be better prepared with its national and global health systems to handle future pandemics. To help rid the world of hunger and malnutrition. Governments must make an effort to boost agricultural production and invest in resilient food systems that also protect smallholder farmers .The current global financial system — “which seems to be created by rich countries for their interests” — expands and entrenches inequalities,I believe  that multilateral development banks must increase concessional funding linked to investments in the Sustainable Development Goals along with an effective mechanism of debt relief for developing countries.” Suleiman affirms.

He further pointed out that having a fairer and more resilient multilateral trading system is important for stimulating economic growth and development.

Suleiman “It’s time we lift the trade restrictions imposed on countries including Cuba and Zimbabwe to enable them rebuild their economies and also combat climate change.”

Aminata opines “It is urgent to transform commitments into concrete actions so that common efforts to achieve the 2030 Agenda, Addis Ababa Action Agenda and the Paris Agreement are not reduced to nothing. Calling for appropriate solutions to the debt that is suffocating developing countries. United Nations Conference on Trade and Development (UNCTAD) had already warned that most States in sub-Saharan Africa will see their sovereign bonds come due in 2024. In this respect, reactivation of the Debt Service Suspension Initiative and the rescheduling of the burden of repayments could save the international community.”

While responding to such demands from developing countries, the representative of the United Kingdom shared that his country has worked with Governments and the private sector to mobilize up to £8 billion annually, which will support economic growth, sustainable infrastructure and energy transition.

UK representative emphasized  that his country would ‘resist any attempt to roll back’  from past agreements such as the Paris Agreement. He also expressed hope towards a new global biodiversity framework that aims to protect 30 per cent of land and oceans by 2030.

While the  representative of the Republic of Korea shared that her Government has worked with Indonesia on the Karian Water Facility to provide clean water to 2 million people, and partnered with Mongolia and VietNam to reduce greenhouse gas from waste landfills.

The representative of Lesotho commended recent efforts made by the United States as one of the world’s major carbon emitters in passing landmark legislation on clean energy and climate investments to address the climate crisis.