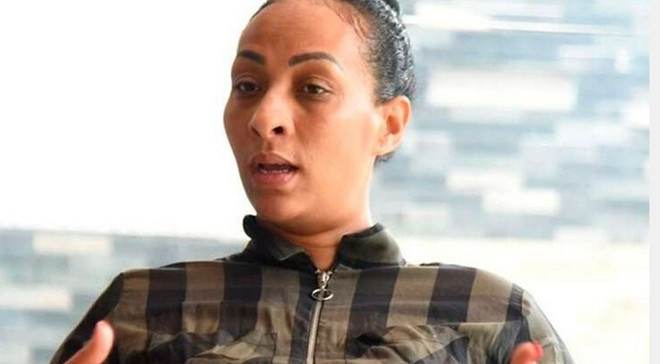 NAIROBI, Kenya - Samson Tekklemichael, a Tigrayan businessman who was abducted in Nairobi a fortnight ago, is still missing, his family has said, adding that they believe he was kidnapped by security officers in the East Africa nation.

His wife Milen Mezgebo, told The Nation only government agencies would abduct a person in broad daylight in front of a uniformed police officer.

“If those were thugs, the traffic police officers would not have allowed them to take Samson. Secondly, if they were thugs, they would have asked for ransom by now, so this is the government,” Ms. Mezgebo said.

After his broad daylight abduction, some reports suggested he was reported to his native Ethiopia but his wife, Mezgebo, says the Ethiopian embassy is not aware of such eventualities, adding that the 40-year-old businessman is still in Kenya.

“Ethiopia is our home … and we have a family there. He’s not there, he’s here in Kenya,” she told the Nation on Friday.

Criminal justice system. Conspiracy theorists claimed he might have been arrested over links to Tigray Defense Forces [TDF], a rebel group seeking to oust from power, Prime Minister Abiy Ahmed.

To show the Ethiopian government’s commitment to helping Ms. Mezgebo find her husband, an official from the embassy accompanied her to the offices of Kenya’s Foreign Affairs ministry.

“The embassy is trying to help me,” she said, adding that she gave Kenyan officials a letter. But the Kenya National Police Service dismissed suggestions he was in their custody.

“I think Kenyan intelligence can speak for Kenya and Ethiopian intelligence for Ethiopia. In Kenya we arrest suspects, take them to court and process them through the criminal justice system. We are a rule of law country, and our law enforcement pursues democratic policing ideals. If she claims she's in contact with Ethiopian intelligence then they're better placed to comment,” replied police spokesperson Bruno Shioso.

An official at the Ministry of Foreign Affairs said no diplomatic communication had been received on the issue and further explained that if it's a personal letter, the ministry cannot discuss it as it’s a private matter.

Yesterday, Nation reached out to the Ethiopian Embassy in Kenya but we were informed it's closed until next week.

The father of three, who has been living in Kenya since 2005, has been missing since November 19, when he was abducted as he drove his Bentley in Kileleshwa, Nairobi.

He was stopped in broad daylight and dragged into a Subaru by men in civilian clothes in front of a traffic police officer as other road users recorded the drama on their smartphones. The Subaru station wagon’s number plate, KCD 445K, was fake.

A report from the National Transport and Safety Authority (NTSA) database shows the vehicle that should bear that registration number is a white lorry/truck and not a white Subaru station wagon.

Ms. Mezgebo said her husband was abducted as he headed home after meeting his friends. The abductors left his car at the scene in Kileleshwa, only for Ms. Mezgebo to be informed by a friend that the vehicle was parked in the middle of the road. She then picked it up.
Exports gas

“There is law and order in Kenya that is why we came to invest in this country. There is no way a government can hold someone that long (without charging him), so they should present him in court,” she said.

The High Court on Thursday ordered the Director of Public Prosecutions to establish the whereabouts of Mr. Tekklemichael, directing prosecutors to appear in court on Monday, November 29, with answers.

In Ethiopia, TDF has been at war with Ethiopia National Defense Forces [ENDF], forcing Prime Minister Abiy Ahmed to go to the war front. The Tigray rebels, who accuse ENDF of mass murder in Tigray, have been advancing further south, threatening to take over Addis Ababa.

TDF is a faction of Tigray People's Liberation Front [TPLF], a faction that was dominant in Ethiopia's previous governments. But after Abiy Ahmed took over, the group revived secessionist calls, accusing the 2019 Nobel Peace Prize winner of discrimination.