US envoy returns to Ethiopia amid renewed fighting in Tigray 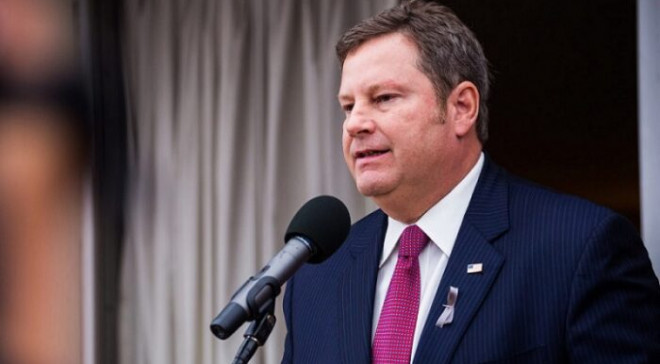 ADDIS ABABA - Mike Hammer, the US special envoy to the Horn of Africa returned to Ethiopia as government forces renewed fighting against the Tigray People's Liberation Front [TPLF], even amid calls for a ceasefire from different stakeholders from across the world.

The clashes come at a time stakeholders have been trying to reconcile the two parties in a conflict which has lasted for the last 22 months, leading to thousands of deaths and mass displacement of people from their ancestral homes.

Also, there are claims that Eritrean forces may have entered the country from the Sudan border, but the claims have been quashed severally by authorities in Ethiopia. Eritrea is accused of working closely with the Ethiopian army in the ongoing war at Tigray.

The U.S. State Department said Hammer was planning to meet with politicians and civil society groups, “to discuss how best to promote efforts towards a lasting peace, security, and prosperity for all people in Ethiopia.”

In July, Hammer was in Ethiopia where officials met to rally for a ceasefire in the country. Tigray People's Liberation Front [TPLF] and the Ethiopian government have been at loggerheads since November 2020, in a crisis that seems to be political in nature.

While the TPLF wants Kenya to meditate on the process, the government of Ethiopia is pushing to have Africa Union take over, leading to a further standoff. Prime Minister Abiy Ahmed is under fire from certain quarters over his perceived non-commitment to handle the crisis.

TPLF accused Eritrean troops of re-entering the country, adding that the national army had sort assistance from Amhara and Afar regional militia in the conflict. In return, TPLF, which also accuses the government of launching airstrikes in Tigray, has started targeting Amhara towns.

William Davison, an analyst with the International Crisis Group, a Belgium-based political analysis firm, in an interview with VOA, said stability in Ethiopia is of great concern to the U.S.

“Above and beyond the desire to bring about peace because of its intrinsic benefits to Ethiopia because of the devastation the conflict is causing,” Davison told VOA, “the U.S. is of course concerned about the regional and geopolitical implications of increasing instability in Ethiopia, a critical country in the Horn of Africa, which is an important strategic reason itself.”

“At this point, the U.S. probably doesn’t have, immediately, any extra leverage to bring to bear,” he said. “Of course, it has the diplomatic access and can implore the parties to recommit to the truce and try and achieve talks, but for the moment, the momentum has moved away from any sort of punitive measures. They did establish a sanctions regime.”

The conflict is said to be the worst in decisions, going to an extent of eroding confidence by the international community, given the fact that Abiy Ahmed was the Nobel Peace Prize winner in 2019. There is also pressure from regional security and development partners for the two parties to embrace a ceasefire.