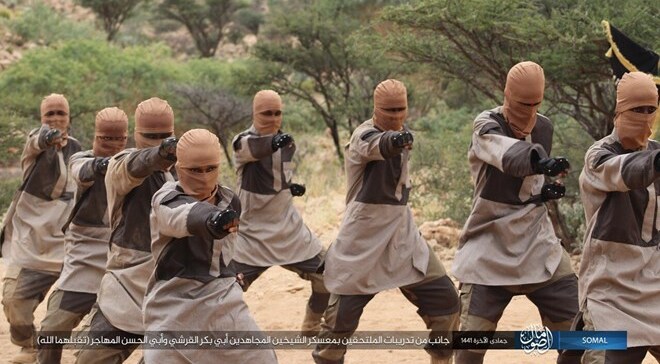 BOSSASO, Somalia - A Pakistani jihadist was killed in Somalia last month in a suspected US military airstrike in the federal state of Puntland, IS-Somalia confirmed, Monday, almost three weeks after the operation which was the first to be conducted in the northern state of Somalia.

After the operation on July 22, 2020, Puntland Security Forces confirmed the death of a "senior foreign fighter" but did not reveal details about the victim. In addition, the Puntland forces confirmed that over 20 militants were killed following an airstrike and subsequent ground combat.

However, in a separate statement, the US Africa Command said that it targeted the remote area of Timirshe, located at least 140 kilometers southeast of Bosaso, killing seven militants in the process. It was the first airstrike in Puntland, despite the military carrying similar operations in the southern part of the country.

"We continue to apply pressure on terrorist groups and assist our Somali partners in disrupting their operations," U.S. Army Brig. Gen. Miguel Castellanos, deputy director of operations, AFRICOM, had said in reference to the operation. "We continue our support to rid Somalia of the likes of ISIS and al-Shabaab."

According to the AFRICOM, when this airstrike occurred, U.S. forces were in the area in order to advise and assist Somali and partner forces. Terrorist groups continue to resort to the tradecraft of terror and propaganda in an effort to intimidate the local populace.

"Mistruths and lies are the terrorist weapons of choice," said Col. Chris Karns, director of public affairs, AFRICOM. "ISIS-Somalia and al-Shabaab have bankrupt narratives and visions of the future. Our partnership to unmask and degrade the capability of these terrorists is essential to security and stability in Somalia."

Osama was one of the active fighters of IS-Somalia and his death is believed to be a huge blow to the group. IS-Somalia has limited its activities to Puntland but has often come under sharp attack from Puntland forces and a contingent of Somali National Army [SNA], which has been carrying operations in the region.

Some reports indicate that the group has serious fighters from both Yemen and Pakistan, who cross-over the border through the Red Sea and the Indian Ocean. For the better part of 2017 and 2018, IS-Somalia launched several operations in Puntland before they were neutralized by the Al-Shabaab.

The rivalry between the two groups is informed by their conflicting ideologies. The SNA troops and regional security forces have been waging operations against both Al-Shabaab and IS-Somalia for the better part of 2020 ahead of the implementation of the Somali Transition Plan, which would see the exit of Africa Union Mission troops from Somalia in 2021.