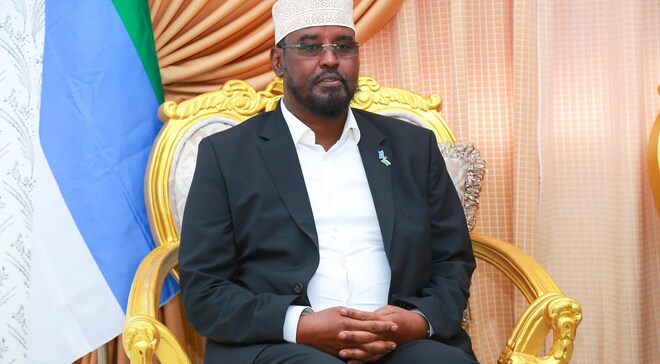 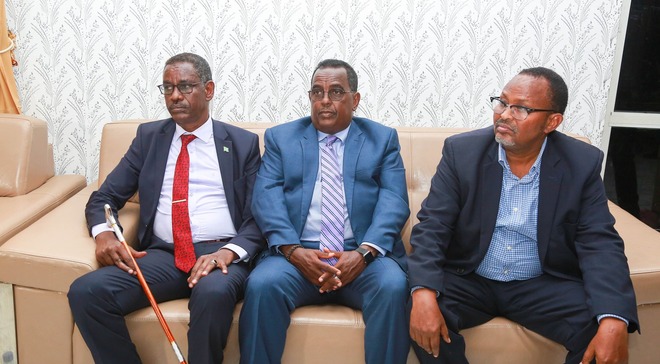 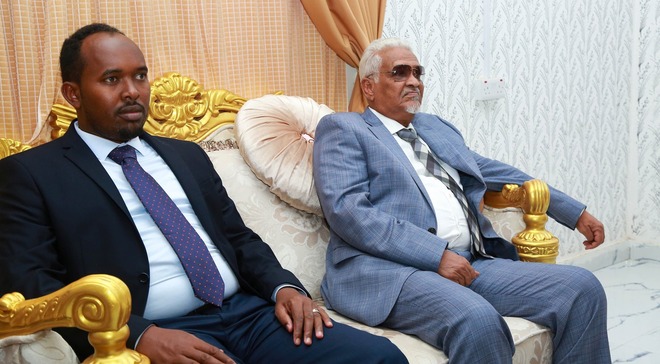 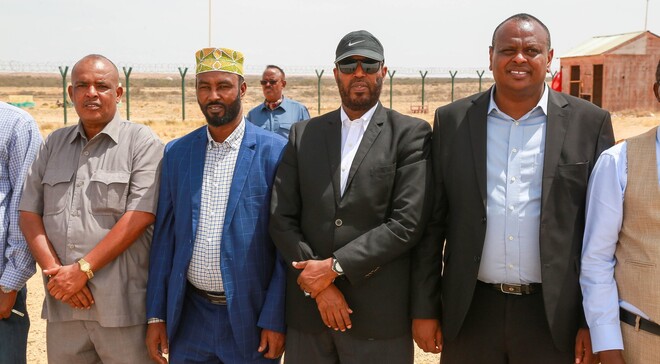 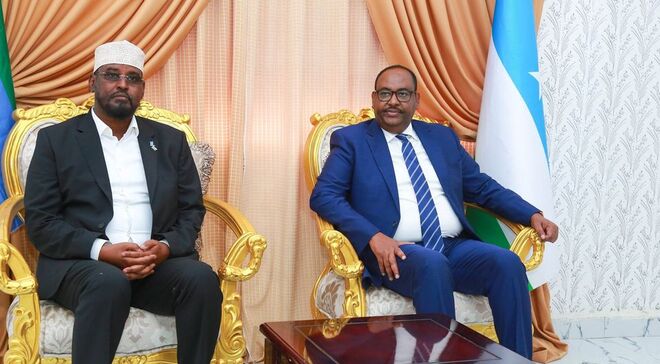 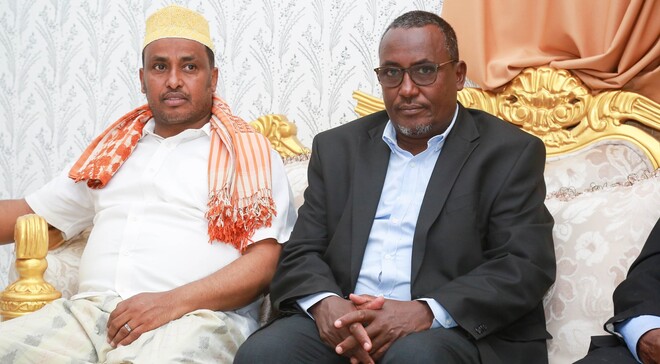 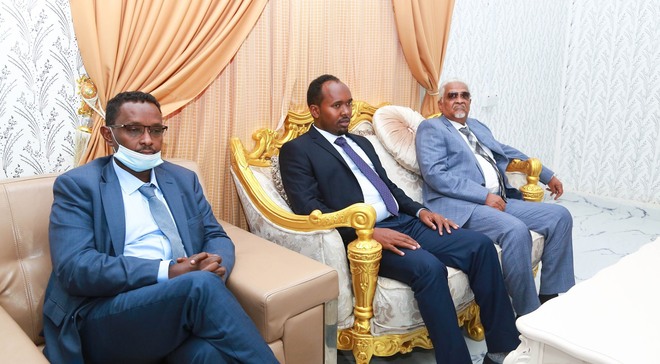 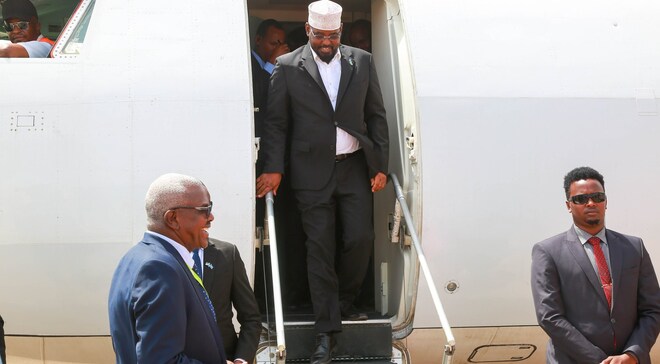 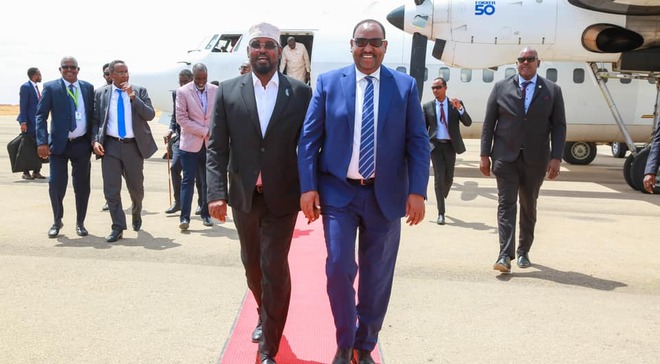 GAROWE, Puntland - Jubaland President Ahmed Madobe on Monday travelled to Garowe where he held a meeting with his Puntland counterpart Said Abdullahi Deni, just days after a section of Somalia leaders signed a pre-election deal which could pave way for an indirect elections.

Madobe, a fierce critic of the Federal Government of Somalia, was accompanied by top government officials from Kismayo and is holding talks with Deni pertaining to the current pre-election quagmire in Somalia, which has threatened the national unity.

Before his trip to Garowe on Monday, Madobe had arrived in Kismayo from Nairobi where he reportedly got treated. The Kismayo authorities are yet to reveal what he has been ailing from but the regional leader is a frequent visitor to the East African capital.

Sources said that the two will evaluate the outcome of the contentious Dhusamareb III agreement which was signed in their absentia despite the fact that they had rejected it after Farmajo fired PM Hassan Ali Khaire through a plotted motion of no-confidence passed by the Lower House.

In a joint statement issued over the weekend, Puntland and Jubaland presidents have thanked the international partners for their commitment to pushing stability in Somalia but termed the new election agreement "null and void".

President Mohamed Abdullahi Farmajo had signed a pre-election arrangement with Mohamed Abdi Waare [HirShabelle], Abdiaziz Lafta-Gareen [Southwest], Ahmed Abdi Kariye [Galmadug] and Banadir Governor Omar Filish who doubles as Mogadishu Mayor. The agreement has been received positively by the US.

Under the agreement, the country will adopt an indirect model of elections later on this year but will be a slight improvement of the 4.5 model. At least 301 people will participate in choosing a Member of Parliament who will eventually take part in the election of the president.

Aw Hirsi, a former Jubaland Planning minister, however, said that Madobe and Deni will discuss the Dhusamareb agreement in-depth and the Jubaland leader is likely to convince his Puntland counterpart to drop a hard stance against the Mogadishu administration.

"Officials in Kismayo tell me that Jubaland Pres Ahmed Madobe will travel to Garowe later today. Sources add that “he will convince” Puntland’s Deni to join the Dhusamareb3 process," he claimed, adding that: "Of note is that Deni’s decision to sit out of Dhusamareb3 was met with internal and external criticism."

The two federal states have been at loggerheads with Mogadishu for a long time with their controversy ranging from alleged inequalities in resource distribution and the thorny electoral model. Previously, they had accused Farmajo of plotting for a term extension.

Further, their meeting coming almost at the time spy chief Fahad Yasin held a meeting with former President Hassan Sheikh Mohamud. The two met at the time Farmajo is preparing to name a Prime Minister who will take over from sacked Hassan Ali Khaire.

Prof. Afyare Elmi, a Somali scholar at the University of Qatar, faulted the decision by Ahmed Islam Mohamed and Said Abdullahi Deni to boycott the Dhusamareb talks, adding that their presence would have ended the crisis which risks plunging Somalia into another election quagmire.

"Ahmed Madobe and Said Deni, the Jubbaland and Puntland leaders, could have attended the conference and present their views. No one could force them to agree with the other leaders," Afyare said, adding that the two leaders will make the deal "complete".