Puntland picks representatives to electoral commissions ahead of polls 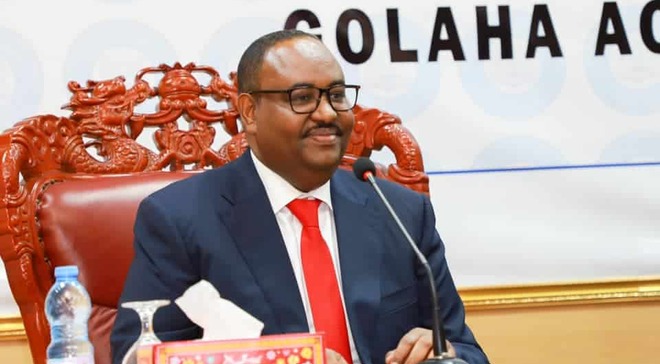 GAROWE, Puntland - Puntland has picked four commissioners who will represent her at the National and Federal Electoral Commissions, just over a month after Somalia agreed on the election timelines and the model to be used during the much anticipated 2020-2021 polls.

The northeastern state of Somalia was one of the Federal States that had vehemently called for proper representation and structure of elections several months before a compromise was reached for timely elections in Somalia, a country which is battling against violent extremism.

In a letter addressed to Somalia's Prime Minister Mohamed Hussein Roble, President Said Abdullahi Deni named four individuals who are joining electoral bodies entrusted to conduct elections in the country. The team shall start with preparations for polls.

Those nominated were Abdiweli Tima-Adde, Muse Guelleh Farole, Burhan Elmi Filig, and an adviser to President Said Abdullahi Deni. The four nominated officials will represent Puntland in the upcoming National and Federal Electoral Commissions, Deni added in a statement.

Last week, Prime Minister Mohamed Hussein Roble had written to state leaders asking them to submit their list in the electoral commissions on October 20 ahead of the scheduled parliamentary elections which are expected to kick off next December.

The leaders from Galmudug, Hirshabelle, and Southwest states are also set to submit their representatives to the federal government. Security has been heightened across the country by Somali security agencies backed by AU peacekeepers to prevent attacks from the armed group Al-Shabaab during the electioneering period.

After completion of the Senate polls which would be done in regional assemblies, the electoral commission would conduct polls at two centers per Federal State in which MPs would be determined. The teams agreed 101 electors decide who wins parliamentary polls.

Thereafter, the MPs would pick the president of the country who will lead for the next four years. President Mohamed Abdullahi Farmajo will be battling out with competitors as he seeks to defend his second term in February elections.

Farmajo's term expired on Feb 8 with that of parliament also lapsing last December, a move that has been raising legitimacy questions of both the executive and the assembly