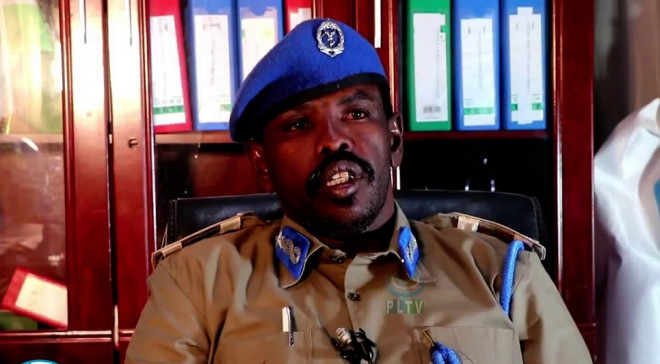 GAROWE, Puntland - Police in Garowe, the capital of Somalia's northeastern Puntland state, are holding one suspect over the killing of a comedian who was shot dead by a colleague under controversial circumstances, which are now being investigated by authorities in the region.

Anisa Abdulaziz, a female comedian was killed after being hit by a bullet from a pistol at the hands of her colleague Nadiir Bile while traveling in the same car in Garowe Wednesday, in what has shocked the country, given the talent of the comedian, whose traction in YouTube was incredible.

Police said the suspect in custody and a probe underway, and it's expected that Bile, also known as "Liban Yare", would be charged should he be found guilty. According to the police, the suspect has a recorded a statement that would help in the probe.

Asad Abou, who is also a member of the group which shoots small video clips for upload on YouTube, Bile shot the comedian accidentally since he was not aware if he'd cocked the gun. The comedian died in a hospital in Garowe where she was undergoing treatment.

Abou said the two were rehearsing on the shooting of the clip when the incident happened, adding that there was no malicious intent to kill the comedian. He regretted that due diligence was not done thus leading to the unfortunate incident.

With the current system, the police might press murder or manslaughter charges against the suspect should they find sufficient evidence. Also surrounding the mysterious death is how the comedians managed to access the sophisticated guns, and whether or not the owners were licensed.