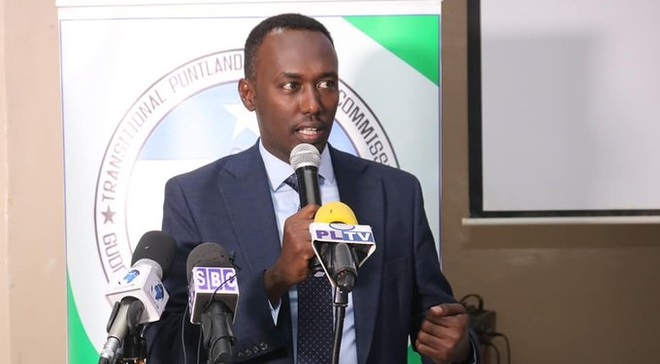 GAROWE, Puntland - As part of the democratization process, the Somali Federal State of Puntland has cleared ten political associations, which would now participate in General Local elections scheduled for 2021, further showcasing the growing freedom of political association, which is rare in other states across Somalia.

The Transitional Puntland Electoral Commission [TPEC], a constitutional body mandated with the registration of political parties, persons and conducting elections, said the process was concluded on Saturday, paving way for the first election which will be held in 2021 in compliance with the constitution.

Puntland was formed in 1998 and celebrated her 22nd birthday on Saturday, with President Said Abdullahi Deni sending messages of goodwill to all Puntlanders. It was the first federal state to be formed and it enjoys relative peace and stability compared to other regions across Somalia.

In a statement, the electoral commission said the first registration ended in March 2022, after months of going through preliminary requirements for interested parties. At this stage, the commission said, 17 political parties had expressed interest to be better and were allowed to proceed to the second phase.

"The first phase ended on 15th March 2020. A total of 17 parties met the initial requirements mandated by the Transitional Puntland Electoral Commission and they were allowed to proceed to the second phase," read the statement from TPEC.

After the first phase, the commission added, another sophisticated level of verification was introduced as a way of settling international standards for the local parties. These standards, they added, are meant to make elections in the region more competitive than before.

But of the 17 parties, TPEC said, three merged to form one coalition with two others following the same trend. This left the commission with only 12 parties that were to be scrutinized for further verification in an exercise than ended in June this year, three months after the conclusion of the first phase.

"In the second phase which ended on June 22, 2020, three parties formed a coalition and two others also merged. One party did not submit the required documents to proceed to the final round. Only 12 parties succeeded," added the statement, which was issued amid political tensions in Somalia.

And in the final phase, two political associations did not meet minimal requirements and were subsequently, dropped from the register, leaving the state with only ten parties. These parties would now participate in the upcoming elections next year, the first competitive process in the state.

"During the third phase, two of the 12 parties did not meet minimum requirements and hence, only 10 managed to get clearance. Registration concluded on 1st August," the commission said while congratulating parties which made it to the final roll call of TPEC.

Puntland has been in the process of paving way for universal suffrage polls and the registration of political parties is a milestone towards the process. The commission is now expected to register voters who will take part in elections, which could be the first one-person-one-vote model in Somalia.