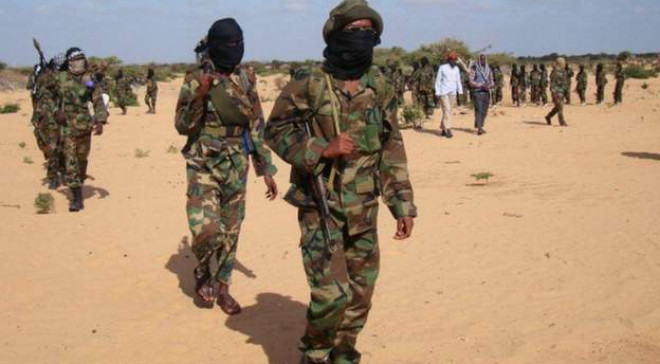 BOSSASO, Puntland - Two soldiers were killed in an Al-Shabaab attack on a Puntland military base in Af-Urur of the Bari region on Saturday morning, residents said.

The attack began with mortars fired by Al Shabaab at a military base in the Galgala mountains and the army responded with heavy weapons.

Witnesses said they heard sporadic gunfire after the attack near the village as Puntland troops managed to remain in control of the key base.

Al-Shabaab has carried out similar attacks on Af-Urur in mid-2017, killing more than 40 soldiers and civilians, the deadliest single-day attack.

Puntland faces double threats to its security from Al-Shabaab and ISIS-linked militants which set up a base in the Bari region in 2015 to wage a terrorist insurgency.

The state forces have been carrying out routine operations in Galgala and hotbed of terror areas in the region for the past few months to maintain security.