Somalia: Al-Shabab seizes base after Puntland troops pull out 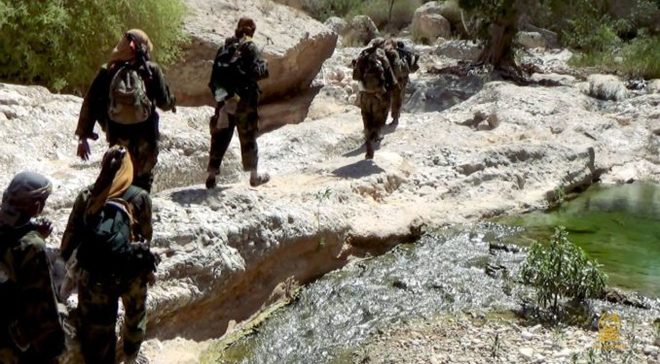 A military officer within the state defense forces described the exit as a "tactical change" in military strategy that wouldn't deter efforts to defeat the extremist groups, ISIS and Al-Shabab in Bari region.

The takeover was to have been timed to coincide with the second anniversary of the June 8, 2017, deadly car bomb and gun assault which claimed the lives of 48 Puntland soldiers while dozens injured.

The oil-rich Puntland situated on the Gulf of Aden, near the entrance to the Red Sea is battling militants from the al-Shabab group, an ISIS affiliate who are facing an uptick in US military airstrikes in Somalia.

Al-Shabab has in the past staged multiple attacks against the state forces’ bases, as part of its guerrilla warfare strategy to expand its presence in the region after being weakened in the south of the country.

Terrorist attacks are relatively rare in Puntland, which has its own government and security forces patrolling its territory on the northeastern tip of the Horn of Africa.