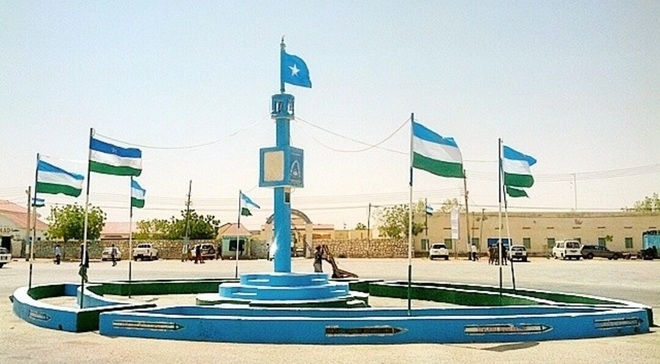 GAROWE, Puntland- A meeting deliberated between Nugal region elders, politicians and government officials in the state capital of Garowe on Tuesday was aimed to resolve the complains of mutinous Puntland soldiers, Garowe Online reports.

On Sunday, mutinous state soldiers demanding their overdue salaries have seized control of the state Parliament building in Garowe, raising fears of new instability in northeastern region of Somalia.

Sources said the meeting was attended by state parliamentarians, parliament leadership, Puntland Health Minister, Director of Ministry of Interior Affairs, Mayor of Garowe and senior officers of the State military to listen to the demands of mutineers.

During the meeting, senior military officers noted that Puntland government has neglected the troops and didn’t provide any military support, medical care or salaries for over a year.

However, close sources said an agreement wasn’t reached but the parliament leadership has demanded the officers to present their demands officially to the Parliament for further deliberation.

Puntland Parliament leadership is accused of abandoning their responsibility towards their constituencies and disregarded accountability of the government, which led to vast troubles in the region.

On the other hand, during a private interview with local media yesterday, Puntland President Abdiwali Mohamed Ali “Gaas” has claimed that the region has witnessed a significant development under his current administration, a statement many Pundits have rejected for not reflecting the real situation in the region amid  insecurity, drought, economic crisis and continuous protests from civil servants and security forces who demanded their unpaid wages unpaid salaries of over 8 months.

Puntland administration led by Ali is facing growing opposition from the public and state politicians attributed to failed policies since his election in January 2014.