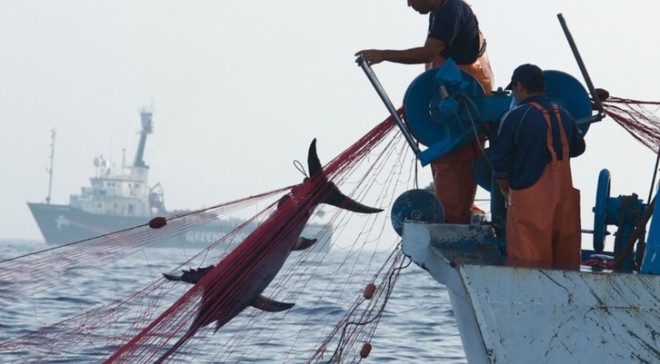 BOSASO, Puntland- Last month GO has published a report about the arrival of foreign trawlers to Bosaso Port, the commercial city of Puntland state, aiming to reach a deal with some government officials and Presidential aides to obtain fishing licenses despite concerns of exploitation of marine resources, Garowe Online reports.

However, following anger from the public towards the surge of illegal trawlers in the territorial waters, Minister and State Minister of Fishery, Abdi Nur Elmi Mahmoud and Abdirahman Aw Jama Kulmiye respectively have denied the allegation and stated that 7 fishing vessels are currently licensed to carry out  fishing activities in Puntland, during a press conference held in Bosaso city in February.

But according to a documents received by GO, it showed it were fishing trawlers owned by Thailand-based companies, contrary to the statement made by the officials. Chainavee 55, 395 tons, Supphermnavee 21, 430 tons, Chainavee 54, 384 tons,  Chaichanachoke 8, 332 tons and Chotchainavee35, 398 tons are giving licenses by the Fishery Ministry, the document said.

Additionally, sources tell GO that two Somali businessmen have at first attempted to issue fishing license for those trawlers, but Mahmoud, Kulmiye and Presidential aides have managed to persuade the companies to directly deal with the Ministry to acquire fishing licenses.

Mahmoud, Kulmiye and close allies to Puntland President are believed to be involved in dubious deals with illegal trawlers and fishing vessels amid lack of capacity and policy to regulate and monitor the illegal fishing practices of foreign vessels.

On the other hand, Puntland government has previously claimed that revenues generated from foreign fishing vessels have increased, but surprisingly failed to pay the salaries of civil servants and troops for over 7 months.

Puntland administration led by President Abdiwali Mohamed Ali “Gaas” is accused of deregulating the fishing activities in the territorial waters of Puntland that led to extensive exploitation and endangering the marine resources and livelihood of coastal communities who regularly complained about the dangerous activities of illegal trawlers.

This came following the collapse of Somalia's central government in 1991, which led foreign companies and trawlers to exploit marine resources amid absence of strong government control over the territorial waters.