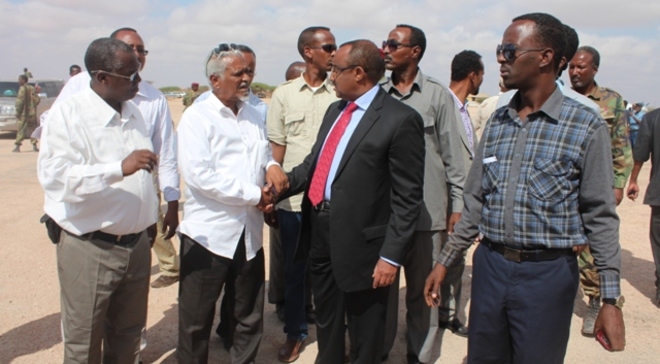 President Gaas is being accompanied on Ethiopia trip by Health Minister Dr. Sadik Enow and presidential officials and he would hold talks with high-ranking Ethiopian officials in Addis Ababa.

Puntland delegation jetted off at Garowe International airport at official invitation from Ethiopia amid strained relations between Federal Government of Somalia and the northeastern state.

The bilateral discussions are expected to mainly centre on Mudug-Galgaduud conundrum. GO has learned that Puntland leader might mend the relations between controversial historian as well as Health Minister Dr. Enow who has long in his books slammed the neighboring country for being conqueror and Ethiopia.

Gaas will meet with Africa Oil Gas Exploration company officials during his two-day visit to Ethiopia. In regard to demand by Mogadishu-based Federal Government, Africa Oil suspended its operations in Puntland.