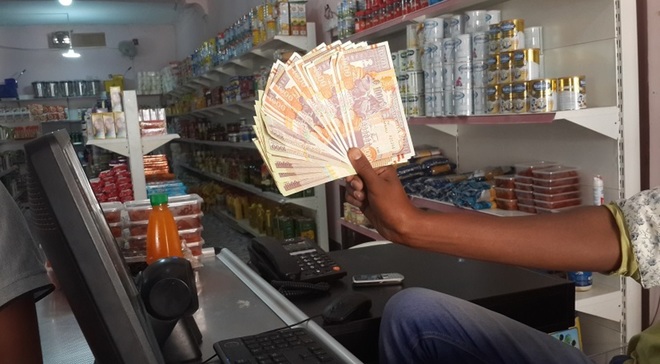 The closure of city’s main businesses has sparked after an order from the local government, instructing the traders to use a counterfeit Somali Shilling banknotes printed by the current Puntland administration.

Some of the traders, who spoke to Garowe Online on condition of anonymity, said they have decided to close-down their businesses, because they are losing money to false currency, which the government is forcing them to use it at gunpoint.

The financial crisis in Puntland emerged when the current administration led by President Abdiweli Mohamed Ali "Gaas" started illegally printing Somali shilling, after failing to pay salaries to the security forces, and the civil servants.

Puntland President has been accused of mismanaging the state's revenues and funds donated by international partners, also printing the fake currency which affected the livelihood of many people in Puntland.

The business owners and traders in major parts of Puntland declared they will only accept U.S. Dollar banknotes instead of the Somali Shillings, a move which caused hyper-inflation of goods in the markets.

The fake Somali Shilling banknotes is also being printed in some areas in northern and central Somalia, and brought into Puntland markets, causing rise in value of the U.S. dollar against Somali Shillings.

At the present, One hundred US dollars is being exchanged at 2,800,000 up to 3 million Somali Shillings in Puntland, the highest price ever when compared to the other parts of the horn of Africa country.

There has been an increase in the standard of living as traders raised prices of commodities due to the fake currency circulating in the markets, which has affected the whole public, especially poor families.

Meanwhile, President Ali, who claims to be an economist, has not yet made any decision to solve the financial crisis in Puntland as his five-year tenure is ending in less than two years.

District officials and security officials have been dealing with the issue by threatening and intimidating the local traders in the markets to use the forged money.

The chief of Puntland's counter-terrorism Police, General Muhiyadin Ahmed Muse has issued a stern warning against the merchants, saying a non-licensed businessman will not work in Garowe city.