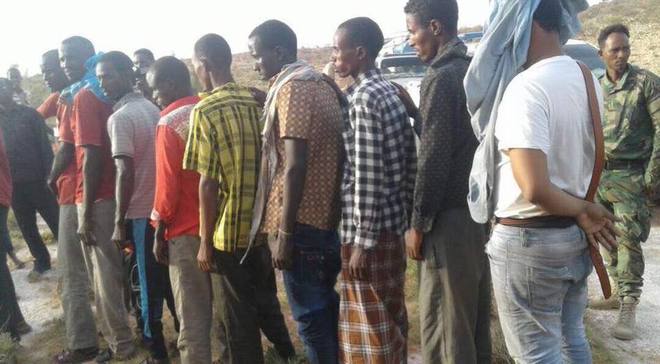 The suspects were arrested on Monday afternoon at an area called Oon located at the outskirts of Garowe city, the regional capital of Puntland state. The suspects were driving a vehicle and were carrying supplies.

Puntland Security Forces (PSF) posted a statement in the social media stating it has captured 14 suspects among them two female, mostly they came from southern Somalia.

The suspects were traveling along rough terrain heading to the north to Bari region.

Speaking to Radio Garowe (RG) the Police commissioner of Nugal region, Abdirashid Aw Mahmoud “Hinjira-Duq” noted the authorities received a tip from the local community that resulted in the arrest of the suspects.

He said an investigation was launched with the suspects, however, he noted that two foreigners are among them who their nationalities not been identified yet.

The authorities didn’t release any further information regarding the case as they attempting to find out any connection with the terrorist group al-Shabaab.