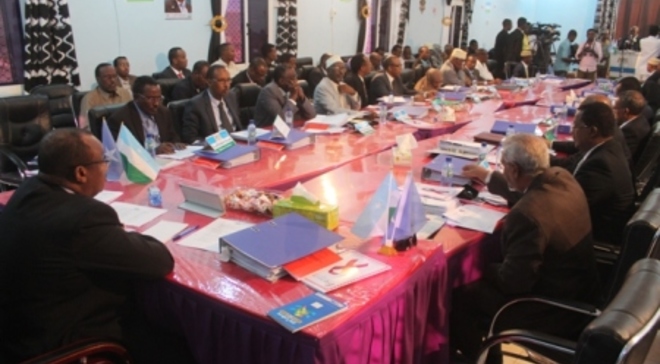 The two-day conference at Health Ministry headquarters was televised live on the state broadcaster PLTV and local radio stations, with ministers and Directors of ministries presenting their achievements and activities in vain in the fading year of 2014.

“Today marks one of the final days of the year, it is mandatory to hold ourselves accountable and remain appraised for, for our people just to put achievements and failures if any in our promises on display,” said Ali, referring to his pledges in early 2014.

“We pledged a lot for the people, we pledged development, real commitment to improved healthcare, secure environs and to combat piracy, human trafficking and radicalism,” Puntland President noted in his remarks at the performance review conference.

The public deliberation into the annual performance of state agencies marks the first, and has already received mixed reactions.