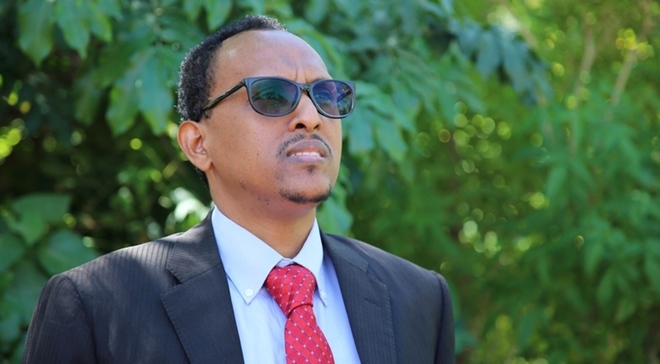 GAROWE, Puntland - The Office of Puntland Human Rights Defender has released its second annual report on the violent crimes from 2016 to 2017, with blame on government and Law Enforcement Agencies, Garowe Online reports.

The report was released during an event held at the Puntland Development Research Center (PDRC) in Garowe on Wednesday, Dec 27, with the presence of state MPs and people from all walks of life.

The report, which covers January-December 2017, showed an increase in violent crimes and violations of rights against Puntland people across the statewide, including rape, murder, and Arbitrary arrest.

Mohamed Yusuf Ali, the chairman of Puntland Human Rights Defender has highlighted the need to preserve the rule of law and the Respect for Human Rights through a reform in the courts and Police.

Ali has accused the two law enforcement agencies of committing this year numerous atrocious acts, including torture, and extrajudicial arrests of many citizens, without legal process.

Speaking on his accusation, he added that the courts failed to properly apply the law due to pressure from Puntland government led by President Abdiweli Mohamed Ali "Gaas."

While the rape has dominated in the annual report, the Human Rights Defender chairman says a lot has been done to lessen the 'violence against women' through public awareness.

The report indicated that the civil servants have been paid for roughly seven months of this year compared to five months in 2016.

During a press conference in Garowe, Mohamed Hared Farah, the deputy of the Attorney General of Puntland revealed overall increases in the number of violent crimes reported in 2017 across Puntland.

The overall offenses in the violent crimes, mainly rape, illegal detention, and torture are numbered 3,853 cases based on information from seven regions in Puntland, while Gardafuu and Sool have not been included.