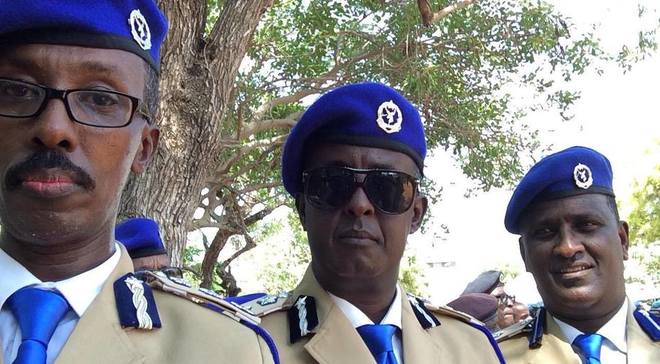 Sources revealed to GO that the commander voiced concern over the deteriorating security and the surge in terrorist attacks by Al-Shabaab and ISIL-linked militants during a meeting with Puntland Government officials in Garowe this week.

The new Police chief has informed the officials about the need to mobilize 100 army soldiers who will take over the Security responsibility of State capital from the current Police officers who are not well-prepared to handle the insecurity acts efficiently.

- Militants escape from a rehabilitation center -

At least 13 former Al-Shabaab militants have escaped from a rehabilitation center in Garowe on Sunday night, sparking fear that the detainees will return to the battlefield and pose again a security threat to the region.

Authorities say they launched a search operation and re-arrested 4 inmates escaped from the center named "Safe House" located in Garowe downtown, three returned voluntarily while the remaining are still on the run.

The inmates have been captured during counter-offensives against Al Shabaab militants who launched a seaborne attack on the coastal towns of Suuj, Gara'ad, and Garmal in Mudug and Nugal regions in March 2016.

Moreover, the ex-militants' ages were not properly screened as well as the management of the center is not held accountable for faulty registration process as the number of the minors have been exceeded from 15 to 40 in fraud.

Meanwhile, questions have been raised over how did the inmates manage to escape from the heavily protected compound. Puntland state officials who previously released these detainees from jails did not comment on the issue.

President Ali was accused of setting free several extremists from detention centers, including some who had been sentenced to death by the State army court after they were found guilty of killings and attacks on the Security personnel.