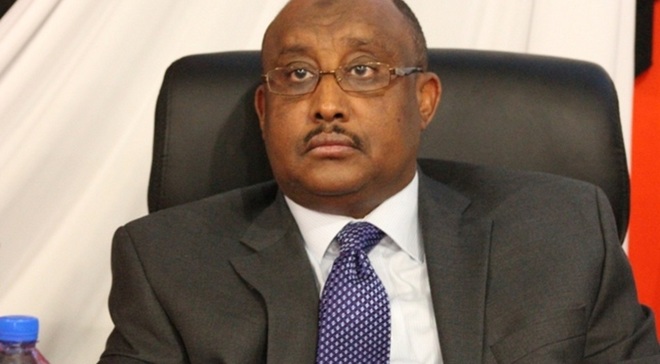 Reliable sources revealed to GO that President Ali will request former Somali Ambassador to Washington, Ahmed Awad to help succeed in his bid to convince the top leaders of the Federal Government of Somalia for the appointment.

Awad has been appointed as the Minister of Foreign Affairs and International Cooperation of the Federal Republic of Somalia last month by Somali PM, Hassan Ali Khaire, succeeding Yusuf Garad who was sacked.

GO understands that Ali's relations with his Warsame went sour after sacking him from Directorate General of the PM’s Office during his time as Somali Premier from June 2011 to October 2012. But things returned to normal following his election as Puntland President in 2014.

"They have now an Economic interest-based relationship. There is no political link in recent times since President Ali blocked Warsame from becoming a Senator during the Parliamentary vote while he had Elders' support," an official who is close to both men, told GO.

The official spoke on condition of anonymity due to the sensitivity of the issue. Despite this, Warsame is his representative for Turkish financial and humanitarian support intended to Somalia's northeastern semi-autonomous region of Puntland.

On several past occasions, Warsame, along with President Ali attended previous meetings between the regional leaders and the Federal government of Somalia held in Mogadishu leading a team tasked with Puntland participation in the talks.

Pundits say nepotism and corruption is nothing new in the history of President Ali's presidency and has dramatically affected the entire Puntland institutions, a sign that the President less confident in his cabinet Ministers.

Ahmed Awad, the newly appointed Minister of Foreign Affairs for the Federal Government of Somalia who hails from Puntland has served years as the Somali Ambassador to the United States of America.

Somalia's overseas ambassadors and diplomats receive financial assistance from the countries they are operating and also rely on Somali Diaspora, a clear violation of the country’s sovereignty and dignity.

Ali's lobby comes as Somali President Mohamed Abdullahi Farmajo is expected to appoint ambassadors for several foreign countries with some reports that the plan has been delayed and no date has been set.