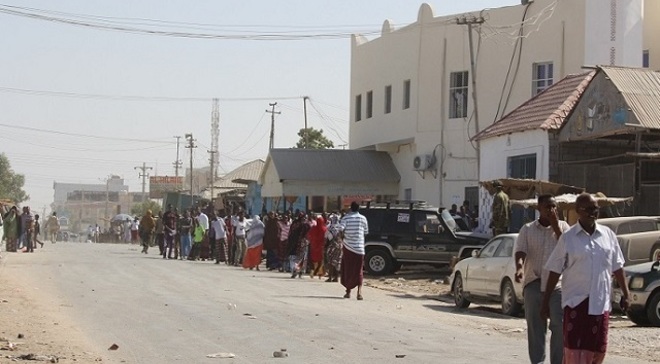 A witness has confirmed to GO that the explosion has resulted from grenade bomb hurled at a battlewagon belonging to Puntland Presidency while passing at Nedco area, close to the city's seaport.

A medical official at Bosaso General hospital told GO that they have received 6 soldiers injured in the blast, including 3 in critical condition and are currently being operated at the Intensive Care Unit.

There were several other civilians injured by the grenade bomb. Police immediately cordoned off the scene near the site of the explosion and launched an investigation into the incident.

Al Shabaab has claimed responsibility for Today's bomb attack in Bosaso, but, did not elaborate the number of the fatalities.

The blast comes as the businesses in the city remained closed for the second day due increase of the service charges on the commercial goods imported at Bosaso seaport.

Meanwhile, Puntland government has deployed additional security forces into the city to avert possible demonstration by local business people in protest of the raised import tax.