Somalia: Tax officer killed in Bosaso amid uptick in attacks 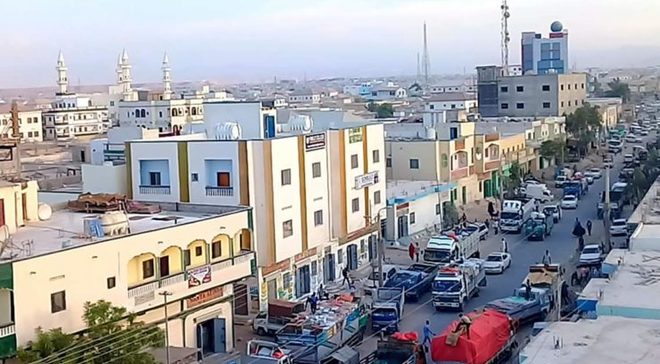 The officer whose name has not yet been establish was killed by a pistol-wielding man who waylaid him as he was on duty and collecting taxation from the local traders’ stalls in the city's bustling market.

The killer was reported to have managed to escape the shooting scene before the arrival of Puntland police authorities, who later launched a manhunt for the suspect, however, no arrest has been made.

Until now, no group or individual has claimed credit for the taxman's assassination in the port city, but, police expect this to be a "work of terrorist groups" carrying out attacks and killings against key figures.

In recent months, Al-Shabab and ISIL-affiliated Islamist terrorist groups have been turned attention to the strategic city and began collecting "extortion" taxation from area businesses to fund their insurgency.

Al-Shabab, which once controlled much of south and central Somalia, including the capital Mogadishu, was forced to retreat to rural areas and Galgala hills in Puntland by Somali and AU forces [AMISOM].

Puntland security got worse and saw growing terrorist attacks since President Ali came to power in 2014 and his government was blamed for weak policy to counter the terrorism and failure to pay soldiers.

The Al-Qaeda's ally in Somalia, Al Shabab has announced Thursday it killed five men by a firing squad in front of hundreds of residents in Sakow, a rebel-held town in Middle Jubba region after the group said they were convicted of spying for Somali and Kenyan Intelligence services.

Last Tuesday this week, the group executed five others, including a Somali British citizen convicted of collaborating with UK's foreign intelligence service, MI6 and three "found guilty" of CIA informants in Jilib district in the same region.

In areas under its control, al-Shabab which poses threat to the security of Somalia and neighboring countries often carries out executions, floggings, and amputations after summary trials in cases ranging from espionage to theft.

Despite being ousted from most of its key strongholds in the south and central Somalia, the group continues to launch deadly attacks against the Somali government and AU forces across the horn of Africa nation.