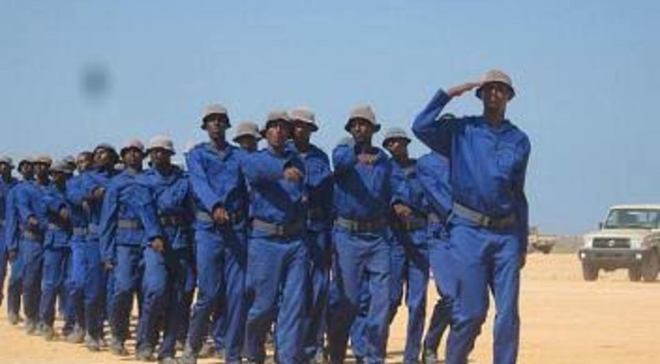 Reliable sources told GO that the UAE assured PMPF officials of its commitment to keep on the mission to train and fund the troops in areas under Puntland, a Federal Member State in northeastern Somalia.

The announcement came after the social media sites just like 'Twitter and Facebook' were flooded with unauthentic reports indicating that UAE was pulling out trainers from Bosaso due to the dispute with the Somali government.

"UAE has pledged to continue supporting PMPF and assured the Somali Federal Government, Puntland and the International community of its commitment to helping Somalia stand on its feet," a senior PMPF official told GO.

The official spoke on condition of anonymity because of the sensitivity of the information.

The Puntland Maritime Police Force has been supported by the United Arab Emirates, in the fields of training, equipment and monthly salaries since its formation in 2011. The PMPF has current around 2,000 personnel.

The PMPF forces are stationed in several bases on bases on Puntland's coastal towns, including Qandala, Hafun, Galgala Mountains and the surrounding areas, where the Islamist militant group Al-Shabab is actively operating.

The UAE has stood by Somalia against pirates in the India Ocean and the Red Sea, as well as it has provided robust support with money, arms and trained sections of its armed forces and those of the Federal Member States, including Puntland.

The United Arab Emirates also hosted several International Conferences on counter piracy in Somalia as attacks and hijacking of the merchant ships passing through the waters off the country has reached its highest peak.

Last September, the Oil-rich Gulf country has commended the role played by the United Nations, African Union and AU in assisting war-torn Somalia to rebuild a strong national army, promote its security and stability.

The United Arab Emirates is one of the main donors to Somalia’s security sector, according to a report released by the International Peace Institute think-tank.

The relations between the two nations sunk to its lowest level since the start of the Gulf crisis last June and deteriorated further after authorities seized $9.6 million allocated to support the Somali army from an aircraft at the Mogadishu airport on 8th April.