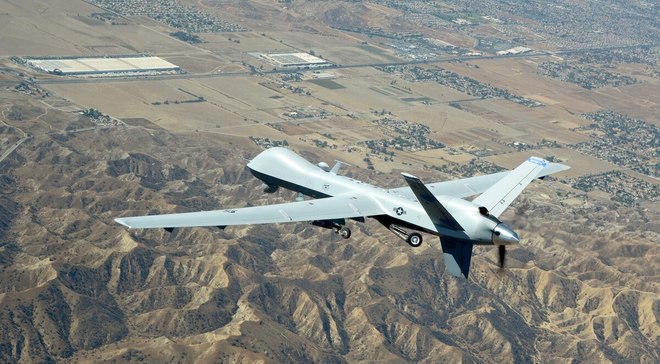 BOSSASO, Puntland – At least three civilians are missing and presumed dead after the U.S. military carried out an airstrike in Somalia’s northeastern Puntland state on Friday, Garowe Online reports.

According to the residents, about four missiles fired by an American drone hit a hideout belonging to the ISIS-affiliated group near the remote village of Ameyra, located in the Golis mountainous.

The area which is situated on the outskirts of Iskushuban district, about 150 kilometers south of Bosaso, the commercial city of Puntland, has seen clashes between Al-Shabab and ISIS-linked militants this year.

Speaking to Garowe Online, the villagers on the condition of anonymity said the fate of 3 residents who have been extracting Frankincense from trees on the hills before the U.S. raid still remained unknown.

In a statement, the U.S. Africa Command [AFRICOM] said it conducted an airstrike targeting ISIS base in the Golis Mountain region in Somalia’s Puntland, on October 25, 2019, killing 3 “terrorists”.

AFRICOM added that it assessed no civilians were injured or killed as a result of this airstrike. Puntland security officials are yet to comment on the U.S. air raid.

It was not the first time that the United States military bombed the militant groups in the region. In April of this year, U.S. airstrike killed the deputy leader of Somalia's IS group, Abdulhakim Dhuqub in the Bari region.

U.S. military said Dhuqub who was a key figure responsible for the extremist group's terror operations, attack planning and resource procurement in Puntland, where the IS branch was formed in 2015.

AFRICOM carries out drone strikes targeting Al-Shabaab in the south and central Somalia, helping local forces and African Union peacekeepers drive the Al-Qaeda-linked group out of the whole country.