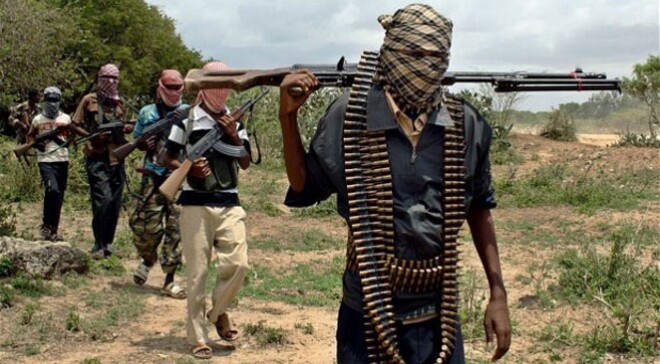 MOGADISHU, Somalia - At least two Kenya Defense Forces [KDF] died on Monday in the vicinity of Hosingow, multiple reports indicate, following a bomb explosion that targeted an armored vehicle carrying out patrols in the region.

Witnesses said several soldiers were also wounded after the explosion, which took place when their vehicle rode over an IED, and have since been taken to a military facility within Jubaland, where KDF troops have been in charge for the last decade.

The explosion comes barely a week after the Kenyan troops foiled two Al-Shabaab attacks targeting Jubaland regional forces. One of the attacks had happened in Bilis Qooqani while another one at Dhobley, the headquarters of AMISOM Sector II.

The troops, a witness told Garowe Online, had been pursuing militants who were extorting villagers for several months now. Contrary to previous attacks, the militants did not open fire after the explosion.

In one of their friendly media outlets, the Al-Shabaab militants claimed responsibility, adding that "our ground forces killed KDF troops and injured several at Hosingow, we shall continue targeting the enemy of peace in Somalia".

Just before Monday's explosion, Sector-II Commander Brig. Paul Njema had vowed to ensure the KDF troops protect innocent Somalis during a brief address to dozens of soldiers at Dhobley. The troops were celebrating Madaraka Day, which is special in Kenya every 1st of June.

"We shall not relent in this fight against the Al-Shabaab. They have claimed the lives of dozens of innocent people and they must pay for it. This is also in line with the protection of Kenya's interests and executing the AMISOM duties," he noted.

Hosingow is situated in Jubaland near the porous Kenya-Somalia border, which is also under the surveillance of Special Forces from KDF. Al-Shabaab militants have often crossed over the border several and waged attacks on Kenyan soil.

The attack also comes just two days after Ethiopian troops came under the Al-Shabaab attack between Bardale and Qansahdhere in the neighboring Southwest state of Somalia. The troops are part of the over 1,000 non-AMISOM contingents which crossed over from Ethiopia via Gedo in February, reports indicate.

At least four IEDs targeted the troops but details about casualties still remain scanty. The Ethiopian troops have been manning Bay region under Sector III of AMISOM, despite the fact that most of them are not recognized by the Africa Union.

KDF is yet to confirm the latest losses in Somalia. It's not the first time the troops are facing lethal attacks from the Al-Shabaab, given that a number of them were killed at El-Adde and Kulbiyow army bases about five years ago.

But the KDF team has been launching airstrikes against Al-Shabaab in sections of Jubaland in recent months, especially along the Gedo region. Dozens of militants are said to have succumbed according to insiders in KDF.

The Al-Shabaab militants remain significantly degraded due to persistent ground combats and airstrikes launched by the Somali National Army, the AU forces in Somalia, and the US Africa Command under the stewardship of Gen. Stephen Townsend.