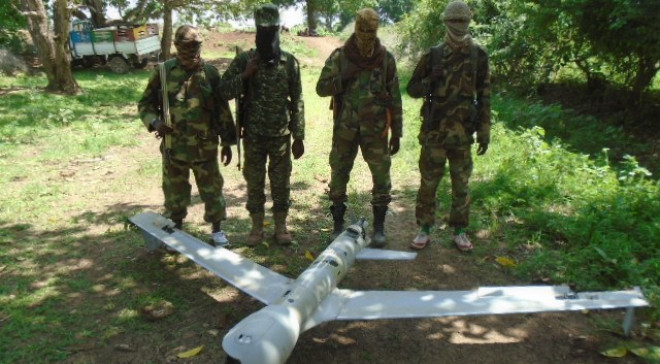 Somalia-based Al-Shabaab militants have advanced technologically, the US has claimed, following evidence that the terror group is using modern technology including using weapons to attack soldiers servicing the Horn of Africa nation.

In what could be a most disturbing revelation, Ambassador Jeffrey DeLaurentis, Senior Advisor for Special Political Affairs, United States Mission to the United Nations [UN], insisted the militants have been making progress due to their advanced technology.

The veteran ambassador made the comments during the UN Security Council Arria-Formula Meeting [informal meeting] on Transnational Activities of Terrorist Groups.

"Among new and emerging technologies, as we have heard, unmanned aerial systems [UAS] are particularly exploited by terrorist groups to facilitate attacks, conduct intelligence and develop propaganda," he said.

This comes hours after the Al-Shabaab militants killed over 22 people in the Hiiraan region on Friday night, mostly innocent civilians. The attack targeted food trucks ferrying humanitarian aid to various parts of the country which have been affected by drought.

Usually, the US Africa Command which is responsible for partnership with Somali National Army carries drone strikes against the Al-Shabaab militants. The last airstrike was on August 14, which left at least 13 Al-Shabaab members dead in Teedaan, Somalia.

Apart from Friday's attack, the militants have heightened their activities across the country, including waging a deadly attack last month at Hayaat Hotel, which left 21 people dead. The militants managed to stage a siege for almost 72 hours, further showing their capability in tackling government forces.

The US redeployed over 500 soldiers to Somalia earlier this year upon request by members of the Senate who noted increasing Al-Shabaab attacks after the exit of the soldiers last year. The US troops provide aerial surveillance besides training and equipping the Danab Special forces.

Should this get confirmed, then security forces might struggle to handle the militants in the future. A report published by the United Nations implicated Yemen as the major market for smuggling of weapons by Al-Shabaab militants, who are fighting to topple the current administration.