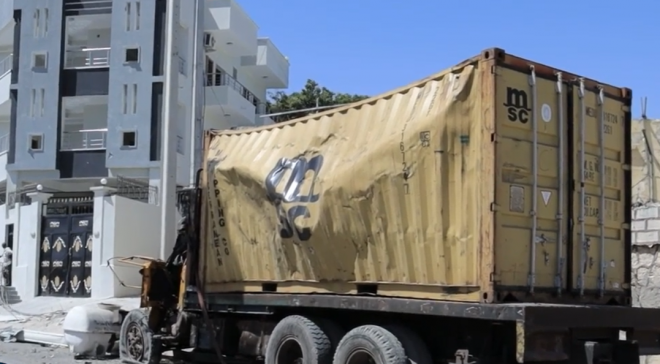 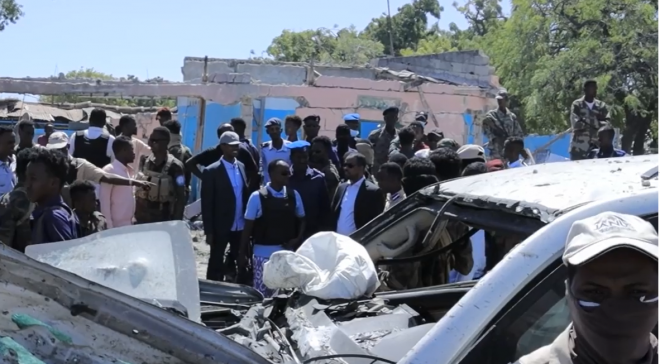 MOGADISHU, Somalia - At least eight people have been confirmed dead in Mogadishu following a suicide explosion that targeted a convoy within the insecure capital, which has been witnessing several terrorism incidents in recent days.

Eyewitnesses said a suicide bomber driving in a car detonated himself along the 21st October streets in Waberi district of the capital, just near the busy Aden Adde International Airport, further raising questions about the security of the capital.

Sources claimed the bomber targeted a convoy of "white officials" but their identity is yet to be established. There are several aid workers from foreign countries in Somalia, with some also attached to diplomatic missions.

The Al-Shabaab terror group has claimed responsibility adding that it targeted some "foreigners". The group further said it achieved the target according to its proxy media outlets, which often announce such attacks.

Tens of others were critically injured and have since been taken to various hospitals within the capital for treatment. This is the first major attack by the militants this year in the troubled Horn of Africa nation.

Mogadishu resident Mohamed Osman said the shock of the blast hit the walls and roof of a mosque he was praying in nearby, causing massive damage that "I have never seen in my life". It's not clear if the convoy was headed to the airport.

"When I came out of the mosque, I saw several old houses collapsed, body parts on the street, hands, legs," Osman told Reuters. "Destroyed cars, burnt Tuk-tuks (rickshaws); all this mess and loss of lives in a minute, I survived."

The militants still control huge swathes of rural central and southern Somalia and have killed thousands of people including innocent civilians, security forces, and government officials. The militants were flushed out of the capital in 2007.

Currently, there are talks to have African Union Mission having a joint mission with the United Nations in Somalia. The current tenure for AMISOM is set to expire in March this year and there are concerns that Al-Shabaab can spread wings further in the country.