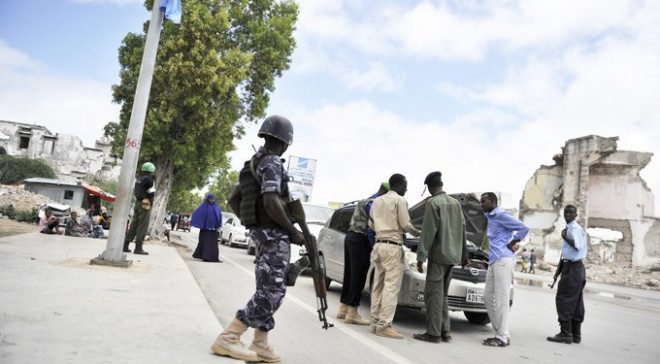 MOGADISHU, Somalia - The African Union Transition Mission in Somalia [ATMIS] has announced Al-Shabaab's defeat on several front lines in the ongoing offensive, a move which has triggered several deaths in central and southern Somalia where the militants are solely in control.

For the last several months, the Somali National Army [SNA] has been partnering with ATMIS, US Africa Command, and local militia to fight Al-Shabaab, a strategy that has so far worked in favor of the combined forces, as the war against Al-Shabaab intensifies.

In a statement on Friday night, ATMIS confirmed that it has been directly involved in the fight against Al-Shabaab, adding that the offensive in the Hiiraan region has largely borne fruit to the expectations of the military, which is working to rescue the country.

"The African Union Transition Mission in Somalia [ATMIS] is proud to have supported the Somali National [Army] in the latest offensive in the Hiiraan region," read the statement, which comes days after the SNA and the US Africa Command confirmed the success.

"The ongoing offensive which was phase 2 of a series of planned offensives started on 15th September and has so far been of overwhelming success. ATMIS remains deeply committed to supporting the federal government of Somalia to provide increased security and stability in Somalia."

On Thursday, the US announced that it directly participated in an offensive last Sunday which helped SNA soldiers who were under siege in Buloburde district, leading to the death of over 27 Al-Shabaab fighters. The fighters had surrounded the SNA soldiers ready to fire bullets.

The ATMIS team which has over 23,000 troops in the country has also been working hard to degrade Al-Shabaab militants through military actions and has largely succeeded. The militants control huge swathes of rural central and southern Somalia according to investigations.

At the United Nations General Assembly in New York, President Hassan Sheikh Mohamud announced that the militants are facing rebellion from civilians who have since decided to take arms against them. Over 200 militants have been killed in the last month, SNA reported.