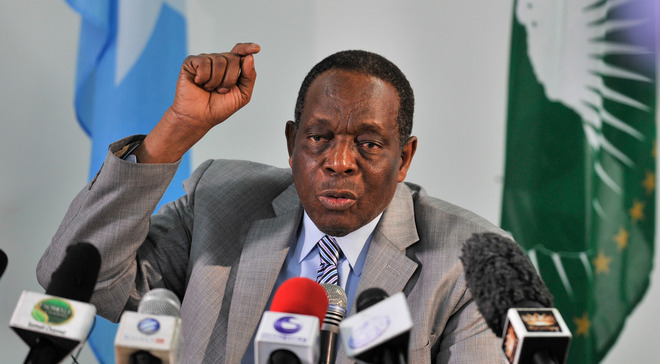 MOGADISHU, Somalia - The African Union Mission in Somalia has hailed the political consensus in the country following a pre-election deal which was signed in September, arguing that it gave a platform for further engagement ahead of the elections in Somalia, which has been struggling with instability.

In his speech to the United Nations Security Council, AU representative to Somalia Fransisco Madeira said the decision by the political class to engage was "critical" adding that consensus and reconciliation would enable the country to move forward as a united entity.

The representative urged the political leadership to embrace peace, adding that tackling main challenges requires everyone on board. The Dhusamareb conference, he noted, gave an opportunity for the country to heal after years of political turmoil that has wrecked the economy.

He reiterated the African Union's desire to see full participation of women in the forthcoming elections, noting that achieving the 30 percent quota for women in all elective positions is an issue of great importance to the African Union. Women have not been fully involved before.

The electoral law that was recently passed gave an opportunity for the nomination of more women to the country's top leadership. Somalia is one of the countries which is dealing with the underrepresentation of women in various scopes of leadership.

He reported that AMISOM is executing its mandate to support the government of Somalia to prepare and conduct the elections. The multi-dimensional support includes joint operations, security planning, election security training for the Somali police, a series of thematic workshops.

There are close to 22,000 African Union Mission Forces in Somalia who have been helping the country to stabilize. The troops are set to leave upon full implementation of the Somali Transition Plan [STP] which is likely to be done by next year December.

Currently, the opposition team is meeting in Mogadishu where they are hoping to reach a consensus on the upcoming elections. The team has accused President Mohamed Abdullahi Farmajo of implanting his loyalists in the critical elections committee team.