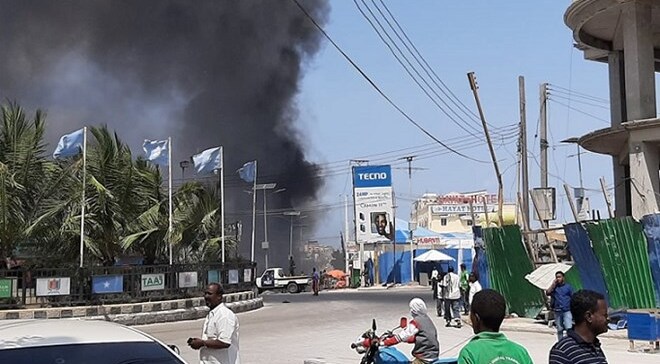 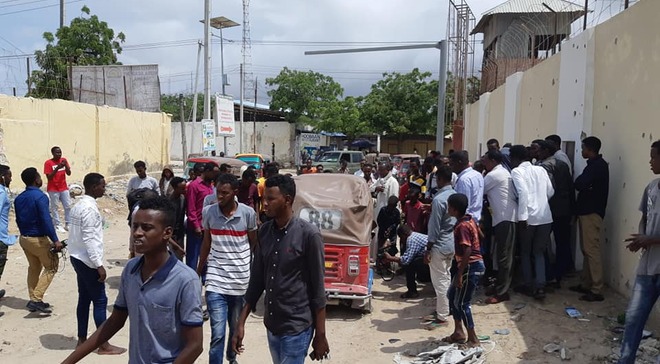 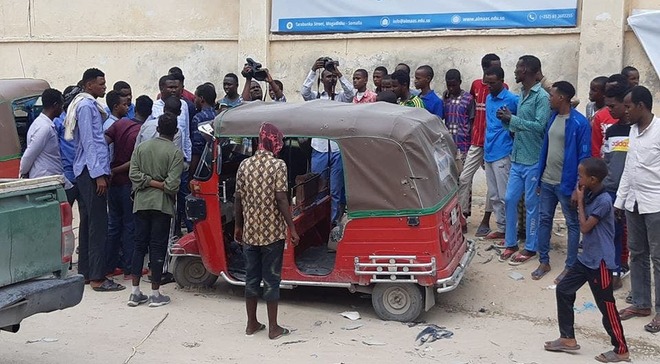 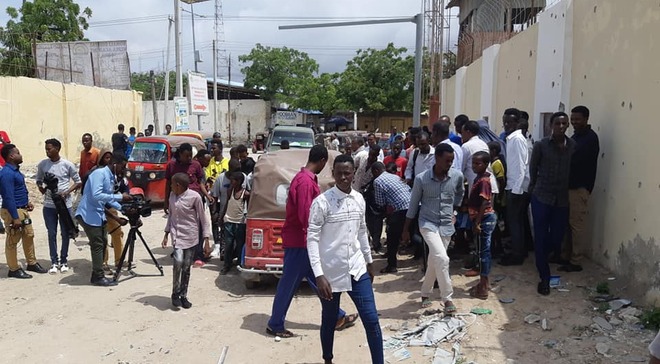 MOGADISHU, Somalia - A morning bomb blast left three people dead and several passersby injured in Mogadishu on Thursday, a senior police official confirmed, in the latest series of insecurity incidents within the city, which is under the weak Somali Federal Government.

Ismael Mukhtaar, the government spokesperson, said three people among them a mother and her child died on the spot while several pedestrians were critically injured when a Tuk-Tuk rammed into landmines in the capital's Abdikasim road.

According to him, government security forces have since secured the scene and those injured have since been taken to hospitals for treatment. It's not clear where the Tuk-Tuk was ferrying the victims to buy it's a popular mode of transportation in Mogadishu.

"We have lost three people following a bomb-blast within Mogadishu this morning. Among those who died was a woman and her child," said Mukhtaar on his Twitter account. "Security forces have since secured the scene."

The incident happened near former Banadir Secondary School in Abdikasim residential houses around the busy KM4 junction in Mogadishu, sources said. The Tuk-Tuk was blown off following the explosion according to multiple eyewitnesses.

After the explosion, ambulances rushed to the scene, and medics were seen aiding those who were injured. Most of them were rushed to Madina Hospital in Mogadishu with some reports indicating that a number of them are in critical condition.

Cases of blasts are common in the Hodan district and more often than not, the perpetrators often target public service vehicles, which usually use the roads. Security officers have also died before in similar blasts, reports indicate.

Until now, no group has taken responsibility but such blasts are associated with Al-Shabaab militants, an Al-Qaida linked group which has been fighting to topple the fragile UN-backed Somalia government for over a decade now.

The Al-Shabaab militants were flushed out of Mogadishu in 2011 following an operation waged by the African Union forces and Somali National Army [SNA]. Most fighters retreated to rural southern and central Somalia.

But according to members of the Mogadishu business community, the militants are slowly gaining entry to the capital and have since started imposing compulsory taxes [Zakat] on residents. Those who fail to comply are punished, the group said during a press conference at Nairobi in February.

For the last five months, a few incidents of bomb explosions have been reported in the capital, and security forces have borne the brunt of the attacks. A number of top security officers are the major target for the militants.

In December last year, a Vehicle-Born Improvised Explosive Device left at least 90 people dead in Mogadishu. Al-Shabaab would later take responsibility, claiming that "we targeted a Turkish convoy, were sorry for the deaths of civilians".

The blast comes amid an ongoing crackdown against the militants across the country. Early this week, SNA troops managed to take a town within Beledweyne in the Hiran region with the help of AMISOM troops from Djibouti.

By next year, the African Union Mission soldiers will be leaving Somalia after a decade of peacebuilding processes. Somali National Army and police officers are expected to take over security responsibilities after the completion of the Somalia Transition Plan.