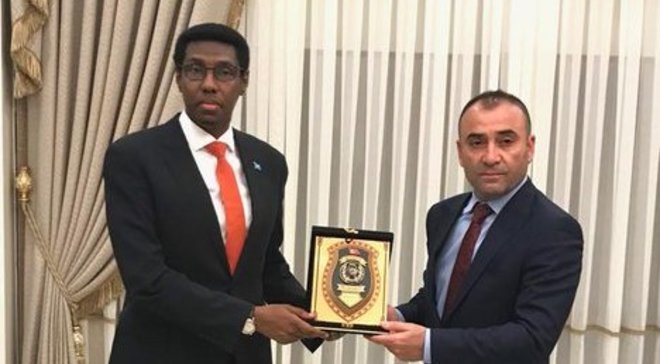 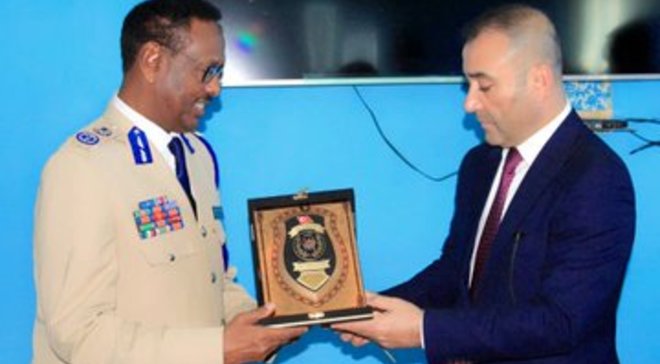 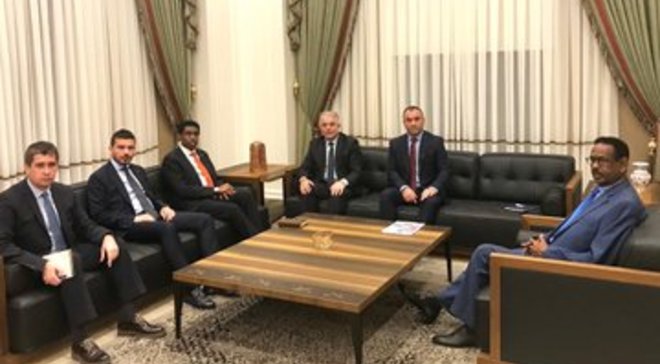 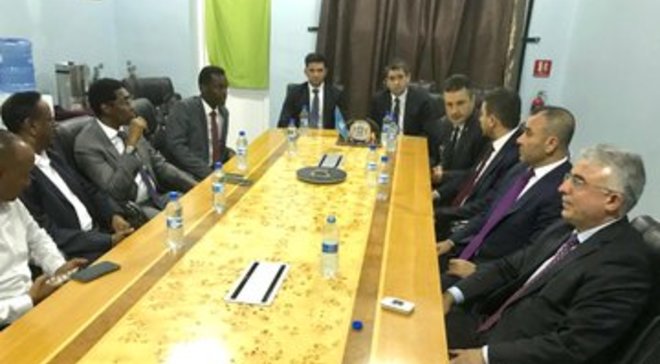 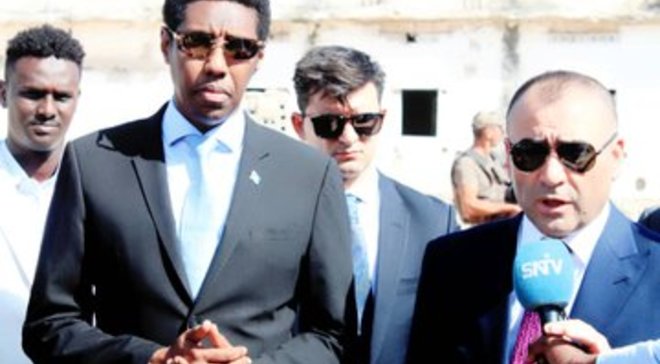 MOGADISHU, Somalia - The Chief of the Special Police Unit of Turkish National Police, Selami Türker has arrived in Mogadishu on Sunday for an official visit to Somalia, Garowe Online reports.

The Turkish Embassy in the capital has announced the arrival of Türker through a statement on its Twitter handle, saying the visit was aimed to boost cooperation between the police of the two countries.

Türker met with officials, including minister of security Mohamed Abukar Islow and had the opportunity to attend the celebrations of Police Day and the groundbreaking ceremony of the Somali Special Police Forces H.Q. building.

According to Anadolu Agency, Somalia is among the East African countries that have benefited from free Turkish police training to boost security in the region.

In September 2017, Turkey opened its biggest overseas military base on in Somalia’s capital, Mogadishu, cementing its ties with the volatile but strategic Muslim nation and building a presence in the Horn of Africa.

The facility can train and house 1,000 soldiers at a time and also has sports courts and a running track.

Turkey’s vast aid effort at the height of the 2011 famine endeared it to many Somali people, and it has continued to pour in aid, much of it from private companies.

Turkish President Recep Tayyip Erdoğan has visited Mogadishu twice, and when he made his first trip there in 2011 he became the first non-African leader to visit the war-ravaged nation in 20 years.

The Somali government has praised the Turkish role in the country and investment for improving infrastructure in the country, and the information minister singled out Turkey’s new move into security support.