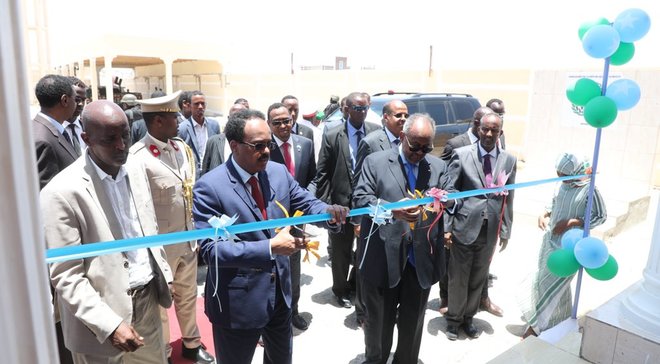 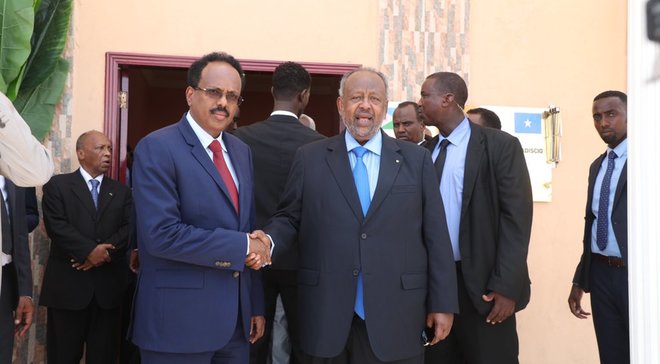 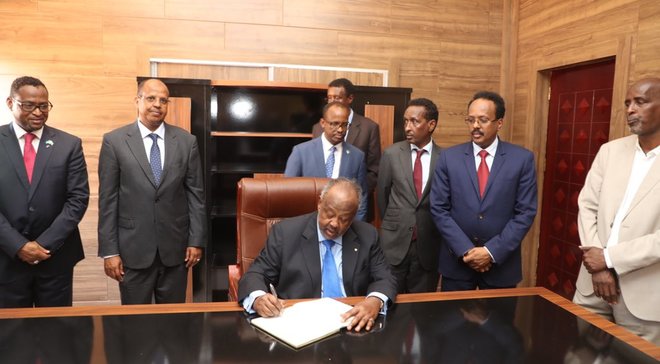 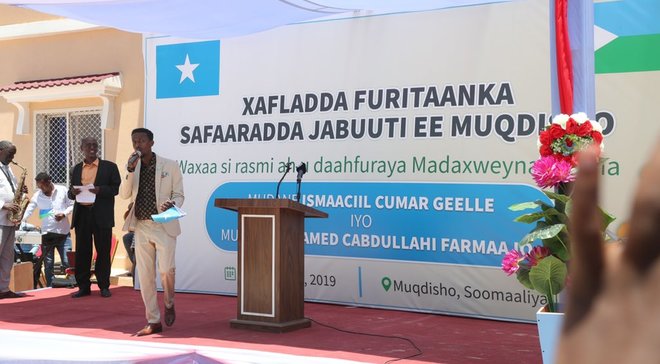 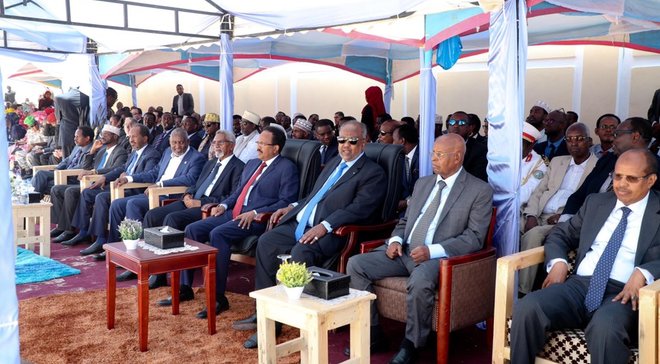 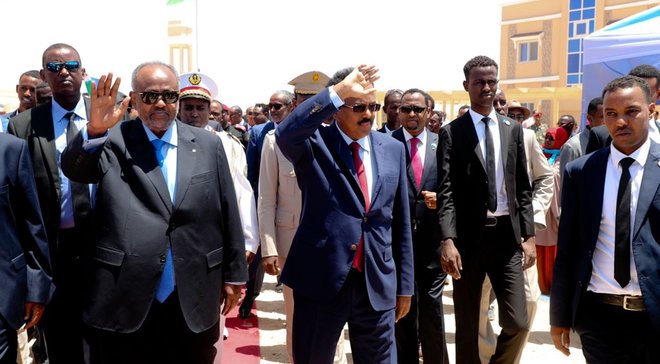 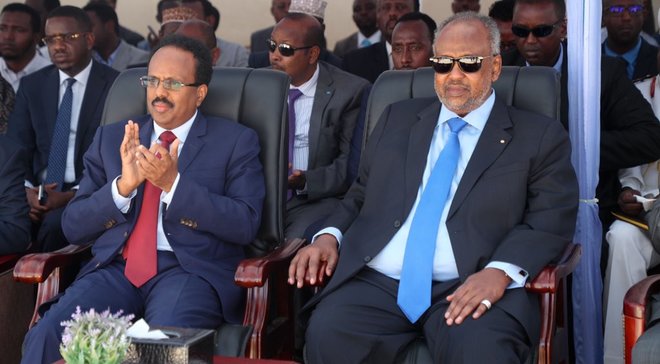 Villa Somalia said the inaugurating of the embassy in the presence of Guelleh reflects the level of distinguished “brotherly and cordial ties” between the two Horn of Africa countries, and their keenness to developing them.

In a speech, President Guelleh reaffirmed Djibouti’s commitment to strengthening diplomatic relations with Somalia and contribute to the International and regional combined efforts stabilize the conflict-ridden nation.

For his part, Farmajo has expressed his gratitude to the Djiboutian president for his "courageous" visit to Somalia and his country's role in the African Union [AU] mission fighting Al-Shabab, the Al-Qaeda-linked extremist group.

The overall security of Mogadishu was tightened and extra security forces have been deployed on the major roads since Saturday after Djibouti delegation arrived in the city which has been recently hit by deadly bombings.

Guelleh's visit comes days after a car bomb blast, claimed by the al Qaeda affiliated militant group al Shabaab, killed at least 5 people and wounded dozens at a security checkpoint near the entrance of the Presidential palace.