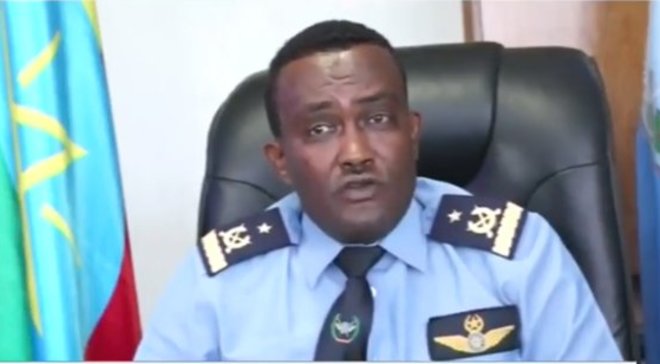 ADDIS ABABA - Ethiopian Air Force fighter jets have carried out an airstrike against the Al-Qaeda-affiliated extremist group al-Shabaab in Somalia.

The airstrike was carried out to foil plans of the militant group to attack Ethiopian contingent of the African Union Mission in Somalia (AMISOM).

About 70 al-Shabaab militants were killed and two vehicles packed with weapons were destroyed in the air strike.

Brigadier General Yilma Merdassa, Chief of Ethiopian Air Force, said the airstrike was conducted after an extensive study and plans.

Meanwhile, Merdassa did not disclose where the air raid took place and provided no specific date.

Ethiopia is one of the troop-contributing countries to AMISOM - African Union Mission in Somalia which is helping weak Somali government in the fight against Al Shabaab since 2007.

Other countries contributing troops to the AU Mission are Burundi, Djibouti, Kenya and Uganda.