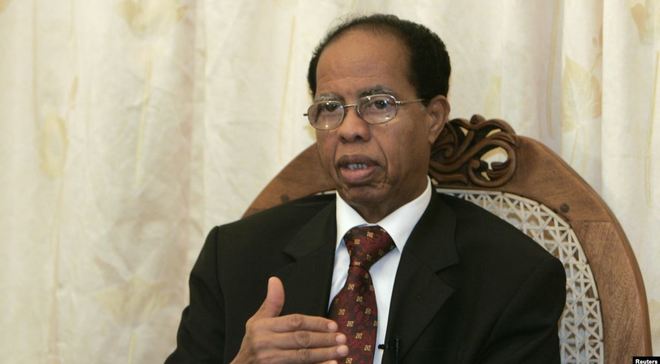 LONDON, UK - Nur Hassan Hussein alias Nur Adde, who served as Somalia Prime Minister during the Transitional Federal Government, died on Wednesday, the family said, barely a week after being diagnosed with Coronavirus.

According to the statement from the family, the 83-year-old octogenarian died after battling with the virus for a couple of days at Kings College London Hospital during early morning hours.

His health deteriorated significantly last week due to his advanced age but the family had insisted that he was "critical but stable" in a dispatch to newsrooms in London, local media reported.

“On behalf of Nur Ade family, I want to confirm to Somali people that the late Somali PM died peacefully on Wednesday at 7: AM Mogadishu local time," read the statement.

Hajji Nur Adde, the spokesperson of the family, said the body of the late federal leader will be interred in London in line with Islamic customs, including a performance of Janaza prayers.

Few family members will be allowed at the graveyard given strict government regulations including observing social distance, which is one of the major basics in the fight against the pandemic.

"As a family, we are very grateful for your support during these hard times. He did his best, so as doctors," Hajji said in the brief statement. "We urge you to continue praying for us during these tough moments."

Popularly known as Nur Adde, the veteran leader served in the TFG between 2007-09 during the reign of President Abdullahi Yusuf Ahmed alias Aden Madobe, when Somalia was battling a newly formed Al-Shabaab insurgent group.

The team handed leadership to Sharif Sheikh Ahmed, the firebrand politician and current leader of Forum for National Parties [FNP], a conglomerate of six opposition parties.

Mr. Adde becomes the latest victim of COVID-19 pandemic, which has since leftover 40,000 people dead, 750,000 infected and about 145,000 recoveries, World Health Organization [WHO] said in a statement.

Although Britain had already registered over 200 deaths, Italy and Spain have the largest number of fatalities, with a combined figure of almost 21,000 according to the latest statistics.

Somalia dispatched a team of 20 volunteer doctors to Rome last week, spokesman Ismail Mukhtaar said, in a move seen as solidarity with the former colonialist.

At home, Somalia had recorded five positive cases by Tuesday, in which two were from the secessionist state of Somaliland. One of the cases had fully recovered, authorities said.

To combat the spread, the government imposed an indefinite suspension on domestic and international flights, suspended learning in schools including Madrassa among other measures to curb the monster.

News about Nur Adde's ailment was first disclosed by Hassan Ali Khaire, the current Somali Prime Minister, who wished him quick recovery on his Twitter handle.

London is one of the hotspots of the coronavirus pandemic, a move that necessitated the suspension of several activities including the Premier League. Prince Charles, the heir to British Monarch throne had also contracted the virus but has since recovered, BBC reported.