Farmaajo’s onslaught on ‘rebel’ states goes on amid opposition cries 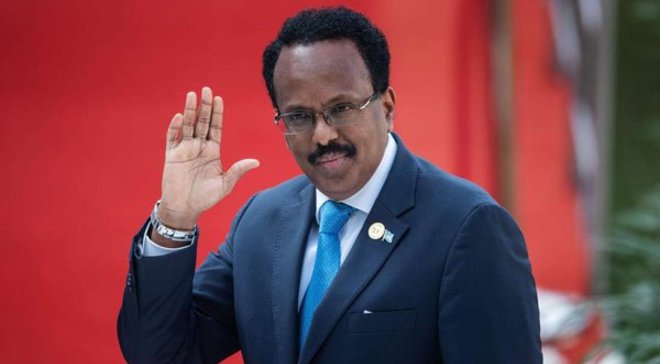 His critics think he is keen on removing all ‘rebellious’ federal state Presidents and replacing them with those loyal to him, first.

Last week, a new President was elected in Galmudug, one of the five federal states in Somalia, but the election was boycotted by some leaders, who went on to run parallel polls.

The winner of the boycotted elections, Ahmed Abdi Kariye Qoorqoor, was quickly sworn-in after being endorsed by Mogadishu, the United States, regional bloc IGAD and the African Union.

But local Federal MP Mohammed Hassan Idriss told the Nation the move was indicative of the government’s intent.

“He doesn’t seem to be stopping soon. His priorities are to remove those uncomfortable with him, but it is a miscalculation,” he said.

Historically seen as an area that sowed the seed that ousted Siad Barre, Galmudug, with its Hobyo Port, is a lucrative region Mogadishu would be keen to protect.

But this wasn’t the first chaotic change of leadership in federal states.

It started in August 2017 after Ali Abdullahi Osoble was removed controversially removed from office through a motion of no confidence.

Accused of being a security hazard, Rubow was barred and put under house arrest.

The elections had followed a deployment of Ethiopian troops, which a report by the UN Panel of Experts on Somalia accused them of brutalising civilians, ostensibly to beat down Rubow’s supporters.

Both men belong to the Rahanweyn, one of Somalia’s four main clans.

In August, Ahmed Madobe won the election, but the federal government rejected the results.

There had been parallel polls too, after opponents accused Madobe of engineering a predetermined victory for himself.

The re-run was never held and Madobe, immediately endorsed by the Kenyan government, has become a marked man.

This week, Somali forced deployed in parts of Gedo in Jubbaland, ostensibly to take control from Madobe.

But critics pointed out the deployment was in areas controlled by Jubbaland administration, leaving a big chunk of the region still under al-Shabaab unattended.

“The impact we will see is a failure on war on terror. We need to stop ticking boxes that do not address the real challenges on the ground,” Abdishakur Abdirahman, a former minister and leader of Wadajir Party told the Nation.

“The federal government’s approach in dealing with stakeholders has made it difficult to achieve consensus on crucial national security challenges the country faces. Both security architecture and the security transition plan has failed,” he said, warning the continual conflict between federal states and the government could delay the planned elections.

Long depressed with civil war, and now al-Shabaab, Somalia’s partners have called for unity to plan for elections. Critics charge Farmaajo’s plan is to weaken the federal system by reducing autonomy of states.

“That is more or less the policy of the President. He started with Hirshabelle…South West, Jubbaland, Puntland and Galmudug followed suit although some cases didn’t work for him,” Abdimalik Abdullahi, a commentator on Somali politics and Horn of Africa, told the Sunday Nation.

“If the current trend continues, most likely a standoff between the federal government and some states on issue like electoral model will ensue, something that will ultimately call for the intervention of the international partners,” he said.

US Ambassador to Somalia Donald Yamamoto, who drew criticism by endorsing Qoorqoor, admitted there has to be a starting point, which he argued could build local democracy.

“While recent electoral processes were imperfect, we call on all Somalis to focus on reconciliation,” Yamamoto said in a statement released by the Embassy on Wednesday this week.

Endorsing Qoorqoor and calling for cooperation between all states and the federal government looked like a middle ground.

“That approach encourages the federal government to feel that it can ignore the provisional constitution and get away with dismissive relations with member states,” Abdirahman argued.

But Somalia’s political environment isn’t one you can predict.

Abdalla Ibrahim, the Director of the East Africa Centre for Research and Strategic Studies, a think-tank on Horn of Africa affairs, argued the US may be interested in one goal regardless of the means.

“America’s position is how they can bring together regional states and the federal government. It could be through force or chaotic elections. The process won’t matter much, but the result will,” he said.

“Western countries and neighbours are just fed up with Somali politics. Somalia’s problem is a constitutional one, not al-Shabaab or clannism. If everyone stuck to it, we won’t see these chaos,” he charged, referring to how the same politicians opposed to Galmudug elections were supporting Madobe’s victory.

In the meantime, the US is calling for unity to chart a common security plan for Somalia.