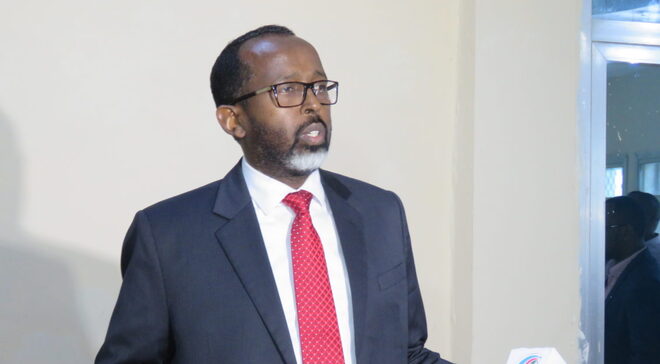 MOGADISHU, Somalia - President Mohamed Abdullahi Farmajo is yet again under pressure to reappoint a set of new electoral committee members with the opposition insisting that nose of those who made it to the list are state agents working with the National Intelligence Security Agency [NISA] or civil servants and his loyalists.

At least 14 presidential candidates concluded their three-day conference in Mogadishu on Monday, increasing calls for a free and fair election, arguing that such a milestone cannot be reached should the state fail to make fresh appointments to the committee, which will oversee national elections.

Dahir Gelle, one of 14 presidential candidates who attended the conference in a Mogadishu hotel, accused Federal Government of plotting hostility against their conference, adding that "Farmajo has no option other than holding credible elections". He echoed sentiments by a host of other candidates.

In attendance also were former Presidents Sharif Sheikh Ahmed and Hassan Sheikh Mohamud along with former Prime Minister Hassan Ali Khaire. The team is believed to be plotting an alliance against Farmajo, who has expressed interest in fighting for his re-election.

At the conference, Senate Speaker Abdi Hashi also made an appearance amid ongoing concerns about elections in Somaliland. In the past few weeks, Hashi has accused Villa Somalia of imposing individuals on Somaliland Electoral Committee, forcing him to pick a parallel team.

Besides Abdi Hashi, the influential speaker of Upper House who is also a senior politician from Somaliland, other leaders from the breakaway region who attended the conference include Abdi Hayir Mareye, who is an ex-information minister and Fowzia Yusuf [Ex FM current MP].

However, House Speaker Mohamed Mursal and his deputy Mudey made a surprise attendance in the meeting as the country seeks to reach a consensus over elections at Jazeera Hotel. The two are close allies of President Mohamed Abdullahi Farmajo, who is accused of plotting to manipulate elections.

Although Villa Somalia insists that NISA agents have not been included in the list, the opposition team insists that the evidence is "beyond a reasonable doubt". Spy chief Fahad Yasin is one of the figures believed to be "fixing" electoral outcome in favour of Farmajo even before the country goes to polls.