Fighting breaks out in Somalia's capital after president’s term extended 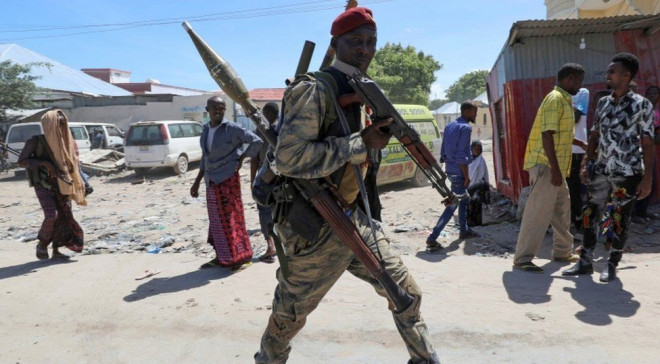 The battle began after the mutineers who deserted their bases in the Middle Shabelle region have poured into the seaside capital last night and took control of key villages in the north, including Fagah and Sana.

The skirmish spread into most parts of the capital on Sunday evening with opposition candidates reported their residences came under attack from pro-government forces, mainly Turkish-trained units.

Farmajo’s predecessor Hassan Sheikh Mohamud who now leads an opposition alliance termed a “very unfortunate” that SNA forces under the command of the ex-president attacked his residence in the Marino area.

“I have already warned and reiterated the dangers of politicizing the security sector. Farmajo is responsible for the consequences of this attack,” said Mohamud in a Twitter post.

Another leading opposition candidate Abdirahman Abdishakur Warsame said his house came under attack, accusing Farmajo of being behind the assault and will shoulder the consequences of this action.

In a statement, the council of the presidential candidates has strongly condemned attacks on the residences of former president and Wadajir party leader Warsame in Mogadishu by Farmajo’s army.

The opposition alliance said Gorgor forces who are trained and funded by Turkey were actively involved in the attack, accusing spy chief Fahan Yasin of transporting ammunition from AMISOM to use the raid.

The Somali government has denied the accusations. Outgoing Security Minister Hassan Hundubey said the troops have been providing protection to the former presidents in Mogadishu and not attacking them.

The minister said the government is deeply concerned about the grave allegations from Hassan Sheikh and added: “All our heads of state are highly protected by the national guard and any threat to them remains a matter of huge concern to the FGS.”

Details of the casualties remained sketchy.

The UK’s embassy in Somalia has voiced alarm over the violence in Mogadishu, calling for calm and restraint while highlighting the importance of peaceful dialogue which served the country’s interests.

Meanwhile, the EU mission in the country highly concerned about the ongoing events in Mogadishu, says violence is unacceptable and those responsible will be held accountable.

The renewed clashes in Mogadishu have erupted after the Lower House chamber of the Somali parliament has unilaterally extended the mandate of Farmajo by two more years on April 12 without Senate approval.