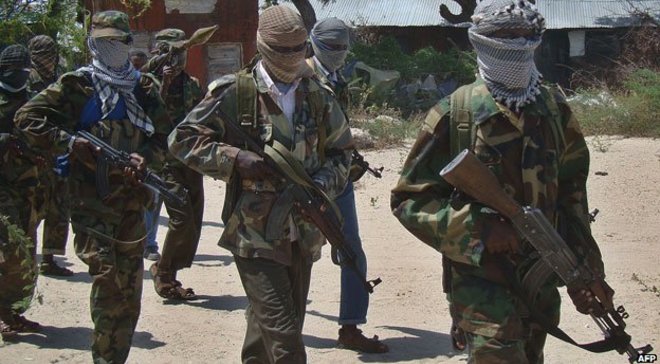 WANLAWEYN, Somalia – At least two people were reported to have been killed and several others wounded in a heavy battle broke out on Thursday in southern Somalia, Garowe Online reports.

A witness, who asked to remain anonymous, said the skirmish flared up between two groups within the Somali army. The fighting was triggered by a dispute over the control of a checkpoint in Wanlaweyn town.

Somali lawmaker, Dahir Amin Jesow has called for an end to hostility which erupted shortly after the Southwest State president; Abdiaziz Laftagaren paid a visit to the town on reconciling mission last week.

In addition, a senior Somali military officer has survived death after a grenade attack on his residence Afgoye town, 30 kilometers southwest of Mogadishu on Wednesday night. One bodyguard was injured.

No group has so far claimed responsibility for the latest attacks in the region, which has recently seen an upsurge in U.S. airstrikes targeting the Al-Qaeda-affiliated Al-Shabaab group.

On Tuesday, June 25, the United States military conducted a drone strike in the vicinity of Kunyo Barow district, killing at least one militant, a claim that Al-Shabaab has contradicted.