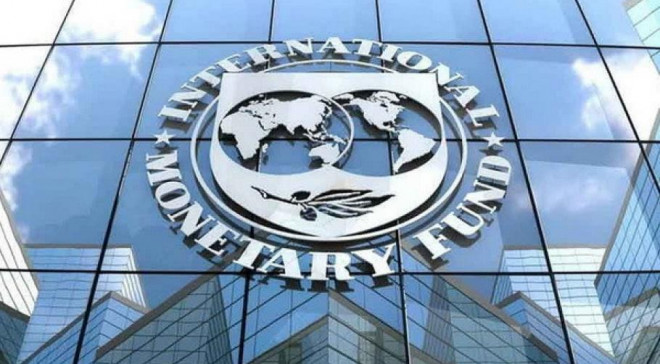 MOGADISHU, Somalia - The International Monetary Fund [IMF] says Somalia's budget could be significantly starved should the country fail to conclude elections by May, amid pressure from several stakeholders including the United States.

Somalia was supposed to hold presidential elections last year but delays due to internal wrangles involving the opposition and outgoing President Mohamed Abdullahi Farmaajo led to the postponement, after which an agreement was reached.

The agreement signed in Mogadishu strictly demands that elections are held by February 25, failure to which those linked to delays could face international sanctions. Farmaajo has mainly been accused of triggering the current impasse.

And IMF says a key program of funding the military in Somalia could be disrupted should the country fail to conclude elections. The Somali military is key in the fight against Al-Shabaab militants who control large swathes of rural central and southern Somalia.

Most bills in the country have been cleared by the IMF, especially since 2017. The international lender has also been financing key institutions in the country which has struggled with instability for almost four decades.

The current three-year budget program, worth nearly $400 million, is also a required part of a deal to slash Somalia's debt from more than $5 billion to around a 10th of that, Reuters reports.

But the program will terminate automatically if a new government is not in place to conclude a review of it by May 17, Laura Jaramillo, the IMF mission chief for Somalia, told Reuters.

"It will impact the government's functioning and could have broader implications," she said, referring to the risk that much-delayed elections are not completed in time to renew the deal.

Abdirahman Baileh, the Horn of Africa country's Finance Minister, dismissed the concerns, arguing that the state of the economy was on the right path.

"We are confident that elections will be concluded in time so as to not affect the reform program," he said. "There have been no major challenges in meeting the IMF conditions thus far, and we do not anticipate any."

Last year, Farmaajo tried to extend his term for two years but the move was resisted by stakeholders including the military. A section of the military has often been accused of meddling in the country's internal politics.

The delay, exacerbated by a months-long dispute between the president and prime minister, has already hit finances.

Somalia expected $170 million in budget support last year but only got $38 million, the IMF said. The government covered the shortfall with new allocations that the IMF gave all members under pressure from COVID-19. But those could run out soon.

"That is when we will start to see the pressures mounting," Jaramillo said.

The expiry of the IMF program would also halt Somalia's journey to debt forgiveness. Under the 2020 deal, approved by the World Bank and the IMF, Somalia's debt was reduced to $3.7 billion, or 63% of GDP, from $5.2 billion or 89% of GDP.

If completed next year, debt should drop to $557 million or 6% of gross domestic product. "It is a dramatic debt forgiveness and Somalia is close to reaching that goal," said Jaramillo.

Somalia's economy is expected to have grown by 2% last year, the IMF said, thanks to household consumption-driven by increased remittances and new export markets for goods. It should expand by 3.2% this year if political challenges are resolved, the fund said.