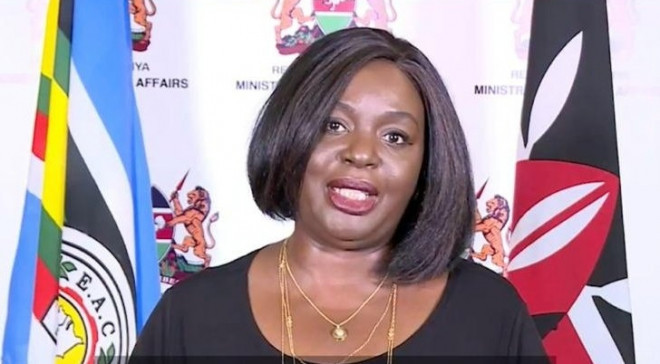 NAIROBI, Kenya - Kenya has unreservedly regretted the presence of Somaliland's envoy in an event organized by President Uhuru Kenyatta, following complaints by the Federal Republic of Somalia.

At State House Nairobi, Kenya seemingly allowed Somaliland to be represented in a diplomatic function despite a long-standing dispute between the Federal Government of Somalia and the breakaway region of Somaliland which claims to be independent but is still treated as a territory of the greater Somalia.

"The Ministry of Foreign Affairs regrets the inadvertent and inappropriate presence of Somaliland's flag at the Annual Diplomatic Function," read the statement. "The ministry further reaffirms its recognition of Somalia's sovereignty and territorial integrity and the integrity of the federal state."

In a statement, Kenya's Ministry of Foreign Affairs termed the incident "inadvertent and inappropriate" just hours after Nur stormed out of the meeting. Kenya noted, is a sovereign country whose territorial integrity is cherished.

"Any inconvenience or embarrassment is deeply regretted. The Ministry of Foreign Affairs of Kenya avails itself of this opportunity to the embassy of Somalia in Nairobi the assurances of its highest considerations," the note read.

Somalia's ambassador to Kenya Mohamoud Ahmed Nur had walked out of the event when he noted the Somaliland flag and envoy, leading to the current standoff. The incident takes place barely a week after President Uhuru Kenyatta attended the inauguration of Hassan Sheikh Mohamud, the new president of Somalia.

Somalia's embassy said it was "unfortunate" that Kenya had "intentionally invited" a person from Somaliland to Kenyatta's briefing to the diplomatic corps and had provided "equal privileges as that of a sovereign state despite the protest made by the Somali ambassador".

"In this regard, Somalia demands a full explanation of this violation of our sovereignty from the Republic of Kenya."

However, the government of Somaliland, a former British protectorate that unilaterally declared independence in 1991, said it was "disappointed" by the action of the Somali ambassador.

"This clearly demonstrates the hatred and long-term enmity of Somalia towards the Republic of Somaliland and its people," its foreign ministry said in a statement.

The relationship between Kenya and Somalia has often faced hiccups, leading to the cutting of diplomatic ties. It's just last week that Somalia lifted the ban imposed on the importation of Khat from the republic of Kenya according to the country's Agriculture Minister Peter Munya.