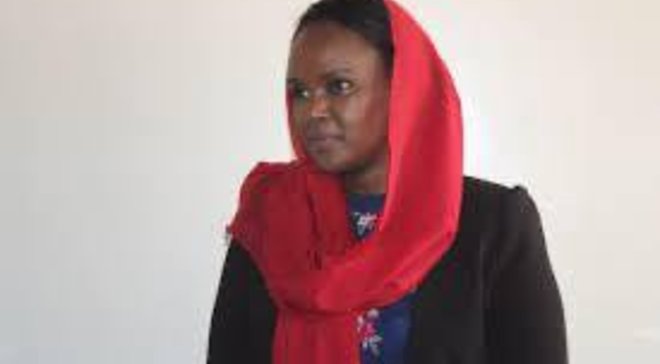 Almaas Elman, a sister to peace activist Ilwad Elman, Nobel Peace Prize nominee succumbed to bullet injuries. The motive of her killing could not be immediately established.

Sources said the EU communications official was heading to the airport from the Air Force Hangar when a bullet ripped through the vehicle killing her on spot.

After quitting a diplomatic job in Nairobi, Elman joined civil societies. She has also been working as a senior communication officer with the European Union Mission in Somalia.

The EU meeting focused on building good practices and holistic approaches among members of society. Senior officials from all the six states and the Federal Government of Somalia participated.

Voice of America journalist Harun Maruf described the deceased as 'young rising leader' whose efforts to rally for peace and prosperity in Somalia was impeccable.

Reports said an investigation into the shooting of the former diplomat is underway currently in Halane base camp, which houses AMISOM, UN, US, EU missions and other international agencies.

Human rights activist Laetitia Bader said: "Just too devastating. Almaas was a wonderful, warm, committed and yet modest advocate. My deepest thoughts and condolences to Fartun, @IlwadElman, their relatives and Almaas' many friends."

The devastating death comes amid efforts by AMISOM forces and SNA to stamp authority in Somalia by restoring peace and stability. Nobody is yet to take responsibility.

Somalia is struggling to recover from the civil war which would be later worsened by the rise of terrorism activities waged by Al-Shabaab and ISIS-Somalia group which have since been designated by the UN.

Cases of top government officials, human rights activists, and politicians being assassinated in Mogadishu are synonymous. A number of ministers and MPs have been assassinated before.

But Elman's death could lead to pressure from the EU and other international community groups on FGS to bring perpetrators to justice through proper prosecution.

Humanitarian workers have also raised issues of insecurity before. Worrying, Elman was killed in one of the most protected bases in Somalia which is manned by AMISOM.